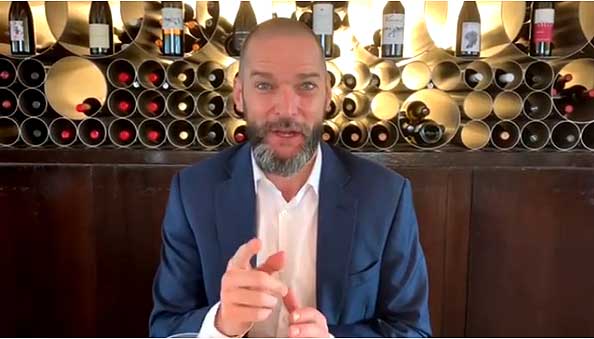 OK - how good does this sound? The lovely Fred Sirieix, fresh from another series of pairing up romance-searchers on First Dates, has just announced his latest TV show.

He and chef (and the original co-founder of Leon) Allegra McEvedy - are going to be the hosts of Restaurant Dream Team. But this is no primetime show - it's actually going to be on CBBC.

In a post on Instagram today Fred said: "we are on the hunt for the “Restaurant Dream Team" - La Crème de la crème."

Very excited to announce my new TV series on CBBC and I want you and your friends to take part. Applications are open to children in year 5, 6, 7, 8 and 9. @allegramcevedy and I have teamed up and we are on the hunt for the “Restaurant Dream Team" - La Crème de la crème. To find out more and apply please go to the @cbbc website 👇🏻 https://www.bbc.co.uk/cbbc/findoutmore/be-on-a-show-restaurant-dream-team?collection=be-on-a-show or email us direct @ restaurantdreamteam@liontv.co.uk

The TV show team are looking for a group of six friends from school years 5 through to 9. Three of the group members will be working front of house - "coming up with a restaurant theme, welcoming and serving guests, as well as dealing with customer complaints" the others will be in the kitchen "creating their own menu and cooking to a high standard, under pressure, whilst remaining calm."

Over the course of the show teams will be pitted head to head in a restaurant that’s been split down the middle with only one progressing to the next round.

If your child thinks they "have the charisma and confidence to charm a whole host of hungry diners and run a team" or "can cook better than most adults" then they have until February to apply here to the BBC.