Time Out Market is now coming to Waterloo 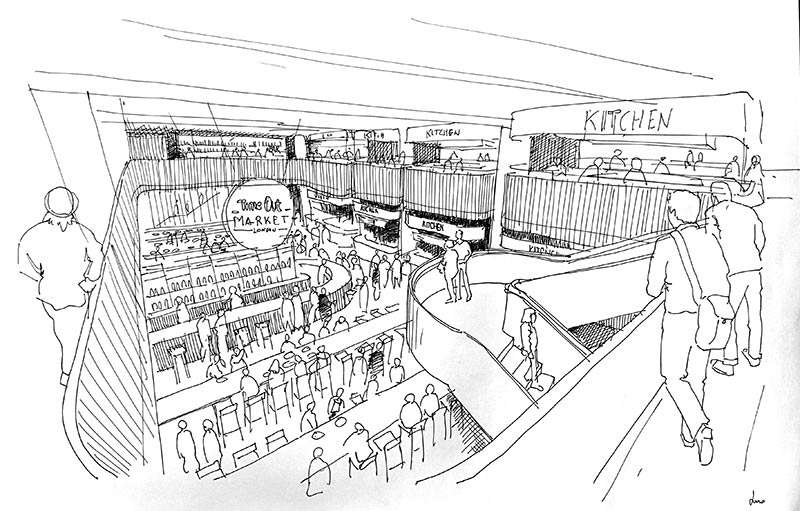 What: Time Out Market Waterloo

In a nutshell: Food and drink market comes to the station

Summing it all up: Time Out have been planning a food market in London for some time. Now they've finally settled on Waterloo with a huge area of food and drink planned.

Yes, food markets really are becoming A Thing at the moment. Market Halls Victoria has only just launched, there's a KERB indoor market coming next year and there's also a new Mercato Metropolitano coming to Mayfair in 2019. Now Time Out Market is joining them - opening in Waterloo

They were originally planning to open in Spitalfields, but now the market will be taking over part of the area that used to be the old Eurostar terminal back in the day (before they moved to St Pancras) - so it will be very handy indeed for commuters.

It's all still very early days on this, but here's what we know:

But, at the time of writing, it's also a WAY off - opening in 2021. So don't get too excited about the start/end of your commute being improved for a while yet.

More about Time Out Market Waterloo

Where is it? Waterloo Station