The Halal Guys sees another US import coming to London 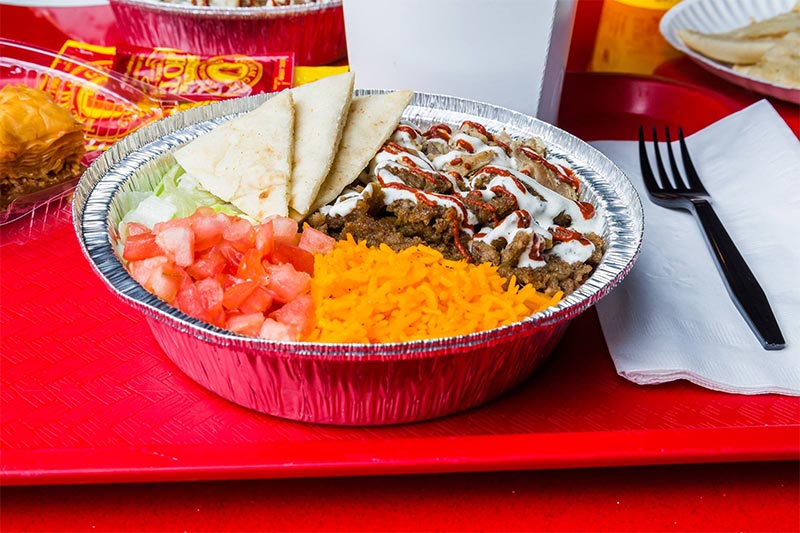 In a nutshell: Halal to-go on Leicester Square

Summing it all up: They've been around for 27 years to date and expanded across the US. Now America's Halal Guys are bringing their gyros and platters to London.

After writing about the impending arrival of LA's Eggslut in London (still can't quite get over the name) and now there's news of another American import coming London's way. This time it's the turn of The Halal Guys.

Originally starting life as a New York hot dog cart 27 years ago, they now have restaurants all over the US (and a few beyond). As you can imagine from the name, it's all about halal food - specifically halal fast food. There's a pretty simple offering - you'll have a choice of either chicken, falafel or beef - served up as either gyros or a platter.  And add to that sides of baba ganouj or fries - and then baklava for dessert.

As for the location - it's just off Leicester Square - so expect it to be on the popular side. And don't expect this to be the last Halal Guys in the UK either, as they#re already getting ready to open two more sites in London in 2019.