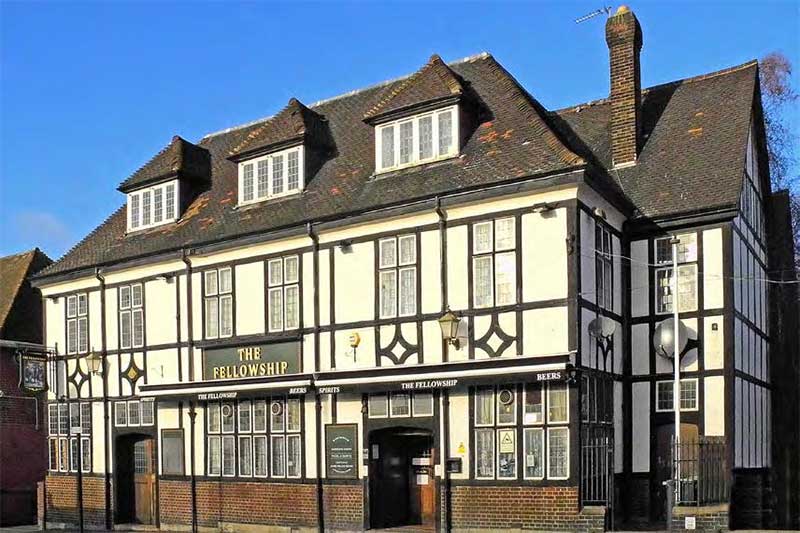 What: The Fellowship and Star

In a nutshell: Historic Bellingham pub gets a £4m makeover

Summing it all up: The pub where Henry Cooper used to train and where Clapton used to play is being given a multi-million pound makeover by Electric Star Group pubs.

From an architectural history perspective, the Fellowship Inn down in Bellingham in Lewisham is a draw for anyone wanting to see the first interwar pub to be built on a housing estate. Built in the 1920s it was part of a post WW1 ‘Homes for Heroes’ development aimed to ease inner city overcrowding.

But if you're not an urban redevelopment geek, you'd probably be more interested to learn that this was where boxer Henry Cooper trained ahead of his 1963 fight with Cassius Clay (before he became Muhammad Ali). And yes, there were a few rather well known people who played gigs here too, that you might have heard of, such as Eric Clapton and Fleetwood Mac.

All of which is a long pre-amble to saying that the pub looks set to regain some of its former glory now that it's been taking over by the Electric Star Group. The pub company, which owns pubs like the Star of Bethnal Green and the Leyton Star are working with Phoenix Community Housing  who secured a £4 million Lottery funding to give the historic pub a massive makeover.

There are no details yet on what sort of food it will offer, but looking at the group's other venues, we'd expect a range of burgers, plenty of veggie and vegan options and a solid Sunday roast menu.

More about The Fellowship and Star

Where is it? Randlesdown Rd, London SE6 3BT