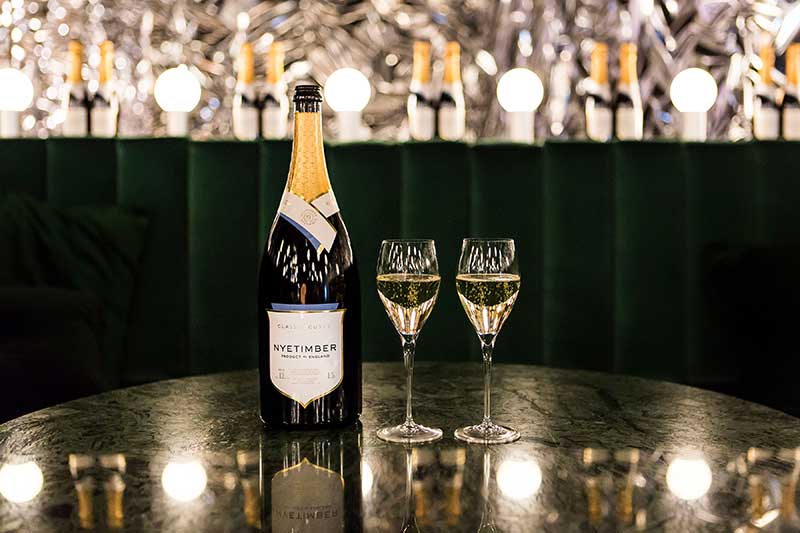 If you've been wondering what lies behind the foil wrapped doors of Selfridges Ultralounge on their lower ground floor (we spotted it this weekend and stole in for a quick look) then let us enlighten you.

It's all part of an adult-only cabaret extravaganza that's been devised for the Oxford Street store for the festive season. Glyn Fussell, the co-founder and Creative Director of East Creative, is responsible for the revue while folk including drag stars Jonny Woo and Le Gateau Chocolat will be holding short residencies too.

As for the food and drink - the whole thing ties in with a partnership with Nyetimber. So your ticket gets you a glass of it served as you enter and after that you get a series of snacks from a selection of artisan foods from the Selfridges foodhall. To go along with that there's also two more cocktails, created by Bistrotheque including such delights as:

Plus, if you're after a bit of a Studio 54 experience then book the Nyetimeber booth for £350 where you and up to nine mates will be served magnums of Nyetimber Classic Cuvee MV.

More about The Ultralounge Cabaret Club

When? Runs until 22 December 2018 - performances from Wednesday to Saturday.

How to book: tickets start from £25 for snacks and three drinks. Book online here.