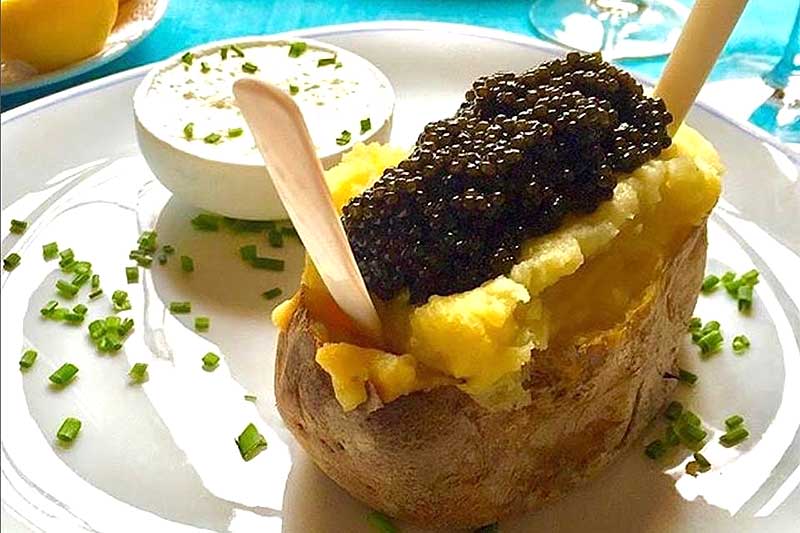 In a nutshell: Iconic Parisian restaurant returns to London

Summing it all up: Returning after an absence of many years, Caviar Kaspia is bringing back its luxury menu to London's Mayfair.

Back at the turn of the millennium, Caviar Kaspia was doing pretty good business in London. Fay Maschler (at least we think it's her - the piece isn't credited) gave the London outpost of the Parisian institution a good review back in 2000. But then it all went a bit pearshaped and the Bruton Place restaurant closed, to be replaced by Bellamy's.

But now the roe-focused restaurant is coming back to London. According to fashion site WWD, they're taking over the site previously occupied by The Chess Club which closed back in the summer. It's not the first time they've retried the London scene since closing - they did a popup at members club Loulou's this time last year.

If the menu here's the same as it is in Paris expect to be able to pop in for a Parks and Recreation-style 'Treat Yourself' offering of Champagne and caviar along with dishes like blinis with smoked salmon and crayfish, a selection of taramas and - of course - their famous baked potato topped with sour cream and caviar.

Where is it? 1a Chesterfield St, Mayfair, London W1J 5JF