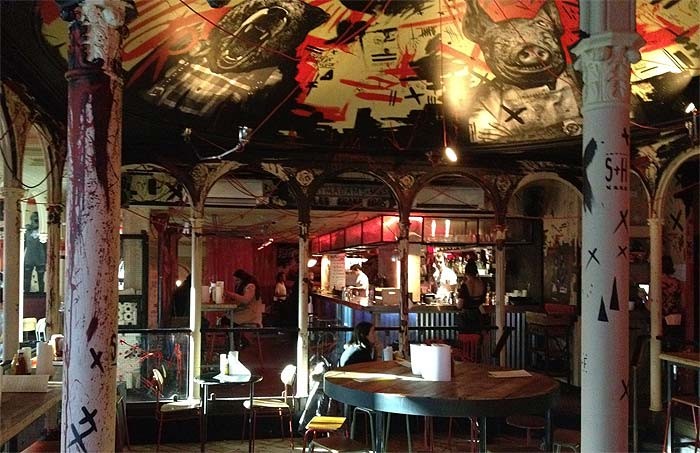 Well this really is the end of an era. The original burger boys that started this whole crazy thing, MEATliquor, are being turfed out of their original restaurant site. In a tweet today they revealed that a developer plans to level the carpark building they're in and encouraged customers to find them a new home, adding a serious sweetener of £20k for the person who gets them into the right central London site.

So, the time has come... we'll be closing at the end of Feb (not December as stated in the article). It’s been quite a seven year ride in a site we were only supposed to be in for two years. If you know a site nearby that'd work for us, we could make £20k happen for you 👀🍔🏢🏬 pic.twitter.com/lUbGOKxDbG

It doesn't seem like seven years ago that we first tipped up to Yianni Papoutsis and Scott Collins' first bricks and mortar restaurant. Back then Yianni told us: "It’s the first time we’ve ever had a chance to design a kitchen from scratch rather than working with and around what’s left of existing or abandoned kitchens so it’s given us a whole load more scope to try a lot of dishes we simply didn’t have the space and /or equipment to do in the past."

The company now has 12 burger joints around the country, with the most recent opening in Battersea last month.

Where is it? 74 Welbeck St, Marylebone, London W1G 0BA