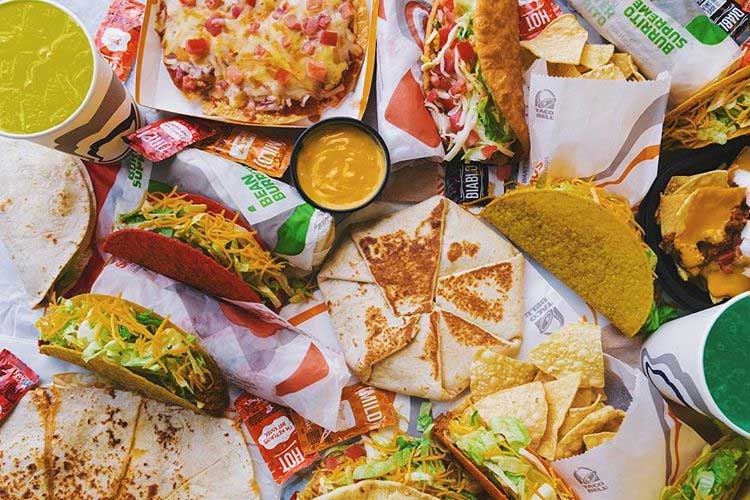 Summing it all up: Love 'em or hate 'em, the return of Taco Bell to London is going to get a lot of people excited.

Taco Bell is returning to London. More than 20 years after they shut their Leicester Square restaurant, the American chain is returning, opening up in Hammersmith.

What we know so far is they'll be bringing all their classic Mexican-inspired dishes, including the Crunchwrap Supreme, Grilled Stuft Burrito, trademark Crunchy Taco Shell, Big Bell Box Combo and Sol beer.

And if you're after a bargain - they'll be offering their Taco Tuesday deal: one taco plus a Sol beer for just £2.

Here are some other things you might want to know about them:

Every year The Harris Poll asks more than 77,000 U.S. consumers to assess more than 3,000 brands. Taco Bell was the clear winner in the Mexican food category this year.

2. And when we say love - they'll even tattoo themselves with it

3. They have plenty of celebrity fans too

4. They do a Doritos taco shell. Want.

6. They are the future

(If you've ever watched Demolition Man you'll know what we mean.