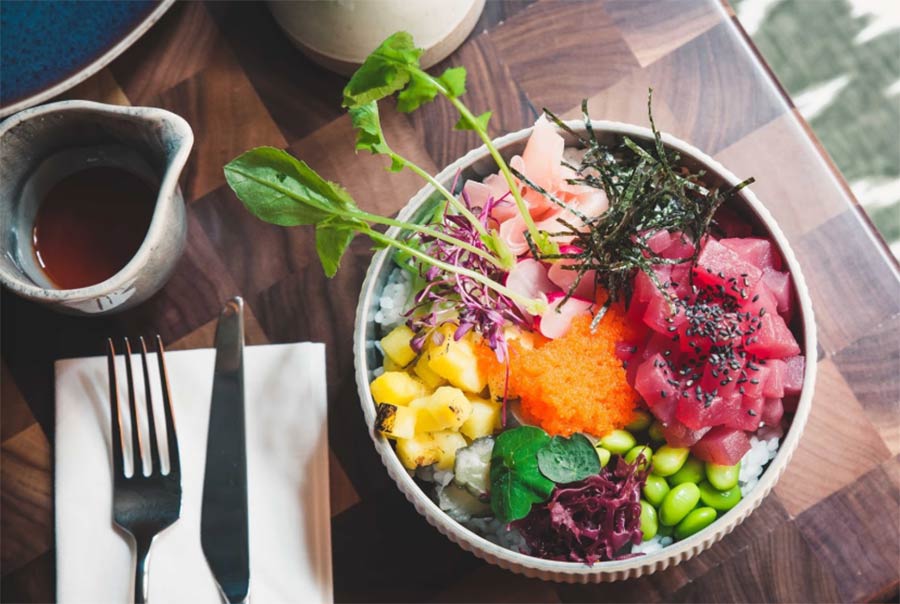 There's a brand new venture from Richard Caring's Caprice Holdings - the people behind The Ivy, J Sheekey, Sexy Fish and more - called Sloane Street Deli. In case you're thinking that sounds familiar - they're also behind Mount Street Deli. Or rather they were, because that deli has now closed (following the end of the lease). So if you're already missing that, then it's time to head over to Sloane Street.

It's taken over a corner spot that used to be a Thomas Pink, and has views of Cadogan Square Gardens and is only open during the day at the moment. Here's a taste of what's on the menu, previously billed as 'classic deli dishes with Asian inspired twists'.

There are also lots of desserts that you can pop in for at any time of day. They include Lemon Meringue Tarlette, Tiramisu Choux, Walnut Paris Brest, Yuzu Cheese-cake as well as gelato (including white miso). Alongside those, the bakery that has things like a "Custard Cruffin", "Vegan Chocolate Brownies and more".

Although only open until 6pm at the time of writing, apparently, in the evening it will eventually become more of a wine bar. Then it will offer a "small, well-constructed wine list which changes regularly and where everything is available by the glass, carafe or bottle". But that's all the info right now - as soon as we have more, we'll add it here.