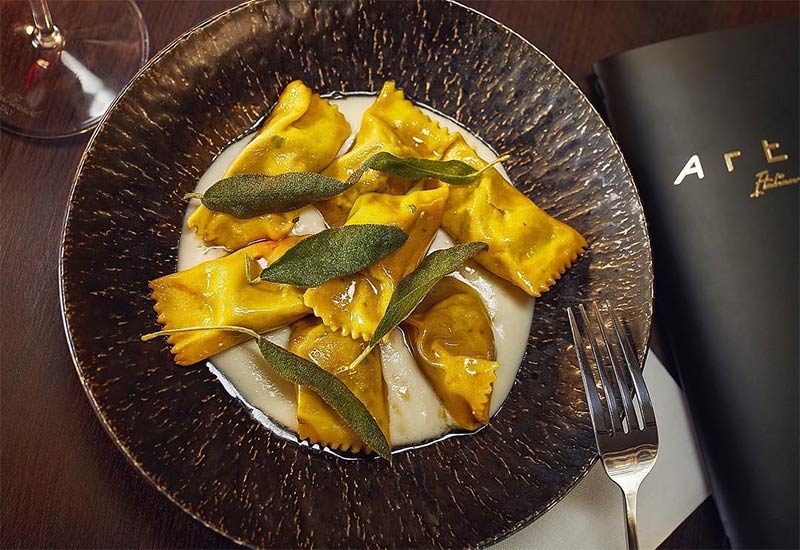 In a nutshell: Modern Italian in the heart of Notting Hill

Summing it all up: The team behind nearby Japanese restaurant UKAI are behind this new Italian spot which incorporates a few Asian flavours too.

There’s a new Italian restaurant heading to Notting Hill and it’s attempting to stand out from the crowd by offering some interesting variations on the classics. Run by the team behind nearby UKAI, there are even a few Japanese flavours that have crept on the menu in dishes such as yuzu mustard baby chicken, and chittarra spaghetti with clams, and bonito flakes.

The kitchen is being led by head chef Roberto Vezzani (who also has his own pasta shop in Italy) and other dishes on the menu include tender grilled octopus with artichoke salad, squid-ink hummus and tarragon chimichurri, and a take on Vitello Tonnato, with sous vide veal, a tart mayonnaise dressing and tuna tartar.

There are pizzas too, with some interesting options including tiger prawns with pesto and sun-dried tomato; rocket, parmesan, and truffle; and the salsiccia, friarielli broccoli and chilli oil.

On the drinks-side there are cocktails such as the Italian Fizz, an olive oil washed gin with homemade bay leaf syrup, elderflower and prosecco, and The Noble Artisan with a blend of sherries, bergamot infused Cocchi Americano, finished off with homemade chamomile syrup.

When does it open? Early November 2018