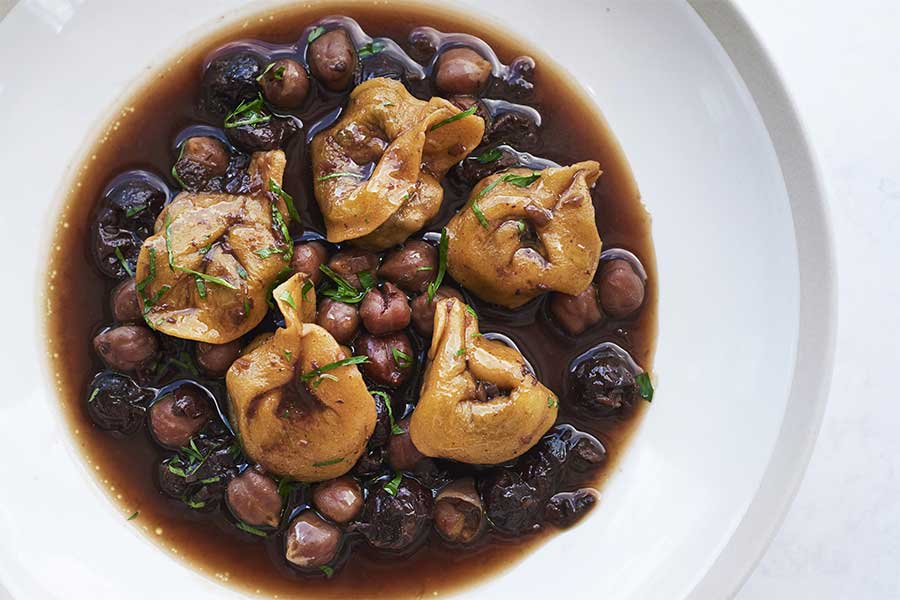 In brief: Iranian food with a modern twist in Covent Garden

Summing it all up: Ex Palomar chef Jeremy Borrow heads up the kitchen at this restaurant in Covent Garden where he'll be exploring all forms of Iranian cuisine.

It's been a long time in coming - and has had one change of chef along the way - but now Iranian restaurant Nutshell is getting ready to open in Covent Garden.

Husband and wife team Mohammad Paknejad and Marwa Alkhalaf (who has worked at The Greenhouse) first teamed up with ex-Noma chef Leonardo Pereira, popping up in Brick Lane last year. But now they've brought in a new Head Chef, Jeremy Borrow (formerly Head Chef at The Palomar), to execute their vision of traditional Iranian recipes with a modern twist.

The menu, we're told, will traverse Iran taking inspiration from all the regional cuisines. As you might have guessed, there'll be plenty of sharing plates on offer, carb-lovers will be pleased to hear they're planning a major focus on breads and they're also going to be using "brining, pickling, drying and fermentation" in their dishes.

The restaurant's been designed by B3, who brought us Lyle’s and Gymkhana. Split over two floors there'll be room for over 80 diners and the ground floor will have an open kitchen with counter dining. Upstairs, if you're after the whole feasting experience, there'll be a semi-private first floor space for larger groups to book.