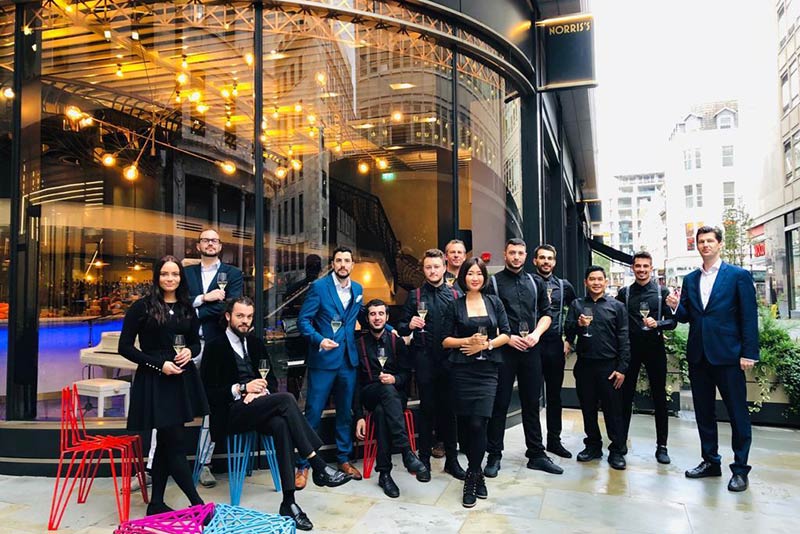 Some time ago, Salt Yard's Veneta shut its doors in the relatively new St James's Market and we've been wondering what was going to take its place. Now we have our answer with the launch of a six-month residency in that very spot called Norris.

By day it's a cafe and in the evening a bar (with people from Mortons, Soho House and Dean Street Townhouse). We think that St James's Market was badly lacking a bar when it opened, so hopefully, this will bring a lot more traffic into the area. As for those drinks, expect a small wine list with prices starting at £22 a bottle and a cocktail menu featuring the classics - Negroni, Sidecar, Espresso Martini and more.

As for the food, it's all charcuterie (or a veggie alternative) and some light snacks and salads. And as for the music - that'll be provided by two baby grand pianos. Can we hope to have another duelling piano bar on our hands..?