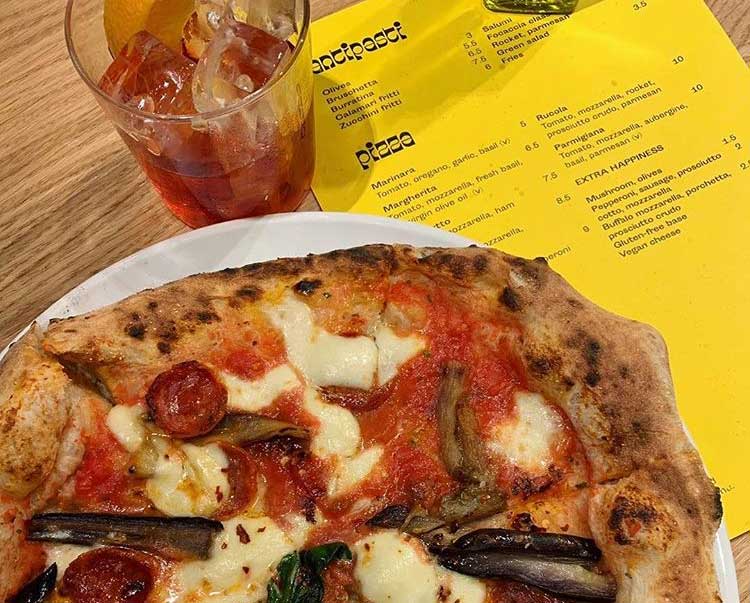 What: Happy Face and SUPERMAX

In a nutshell: Pizza upstairs, cocktails and music downstairs in King's Cross

Summing it all up: The team behind Spiritland are opening their second King's Cross venue over on Handyside Street, featuring a ground level pizza restaurant and basement late night licence cocktail bar.

Tucked in behind King's Cross - in the same building where the Everyman Cinema is - the folk behind Spiritland are opening a pizzeria/cocktail bar.

Happy Face pizzeria will serve up Italian pizzas by day, and cocktails (and vermouth) by night.

The pizza menu we're told will be short - and feature a pizza dough fermented for 72 hours. Also on the menu will be antipasti, gelato and dolci. At lunchtime, KX workers can swing by for a slice and a drink for just a fiver.

Where things really get interesting though is what's under the pizzeria. In the basement is where you'll find SUPERMAX, a vermouth-led cocktail bar with a late-night license. To imagine it, we're told to picture an Italian disco, circa 1970s with disco balls, velvet wall hangings and plenty of Europop on the playlist. Yes, we're feeling that.

More about Happy Face and SUPERMAX