Cornerstone and more bring home OFM Awards at the 2018 ceremony 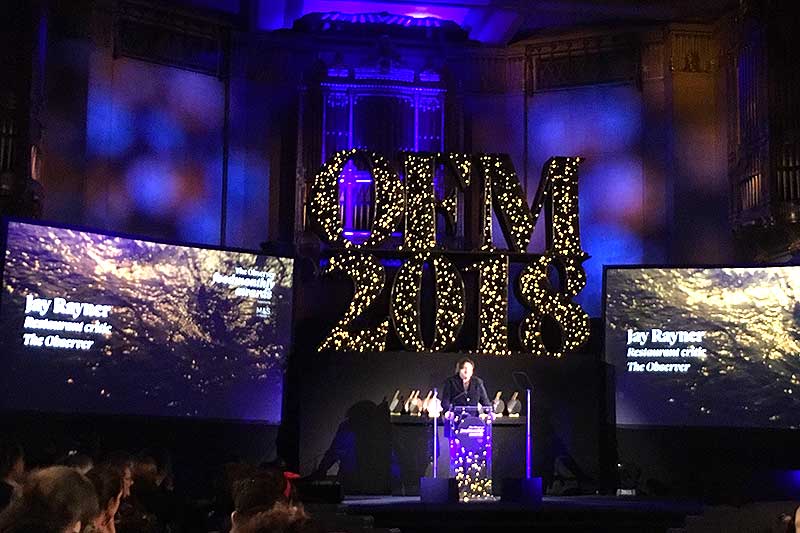 It's always one of the biggest foodie events of the year, where a huge amount of chefs and restaurateurs from across the country gather together in London for a damned fine night out. It's also one of the most efficiently-run awards ceremonies around (sticking to 30 minutes - a template for how awards ceremonies should be run).

Last night's event was no exception with the evening's festivities presided over by Nigella Lawson and the newspaper's restaurant critic, Jay Rayner - who vowed to keep things to schedule; "no-one ever left an awards ceremony saying 'That was great, but I wish it had gone on longer'."

There was something quite striking about this year's awards. While the OFM Awards always properly represent food and restaurants from across the country, this is the first year where we've only seen just one London restaurant take home a prize. So it's big congratulations to Tom Brown for his win for Cornerstone, and we're all really going to have to make a trip to Barry Island to try Hang Fire Southern Kitchen too.

For more on all of the above, follow OFM on Instagram and pick up a copy of the paper this coming Sunday.