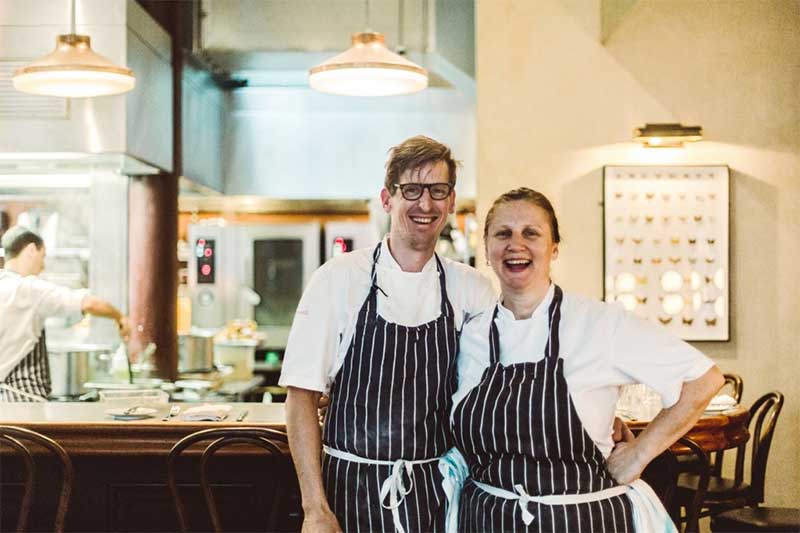 Big news today. Neil Borthwick announced on Instagram today that he has left Merchants Tavern in Shoreditch and from next week will be in Soho cooking at The French House.

"I stepped down as head chef at Merchants Tavern earlier this year," the chef (pictured here with wife Angela Hartnett) tweeted. "and I want to say a big thanks to all the team for their hard work and dedication over the last 5 years, it’s been a blast and I know you will go on to great things. Go for it!"

Then two hours later he was on Instagram announcing his new venture.

So from@next week I will be cooking @frenchhousesoho. I’m doing what I love best!

I don't think we've eaten in the dining room at The French House since Russell Norman opened Polpetto there with Florence Knight back in 2010 - but it's a super space, so this bodes well.

More about The French House

When does Neil start cooking there? Formally, from 22 October 2018