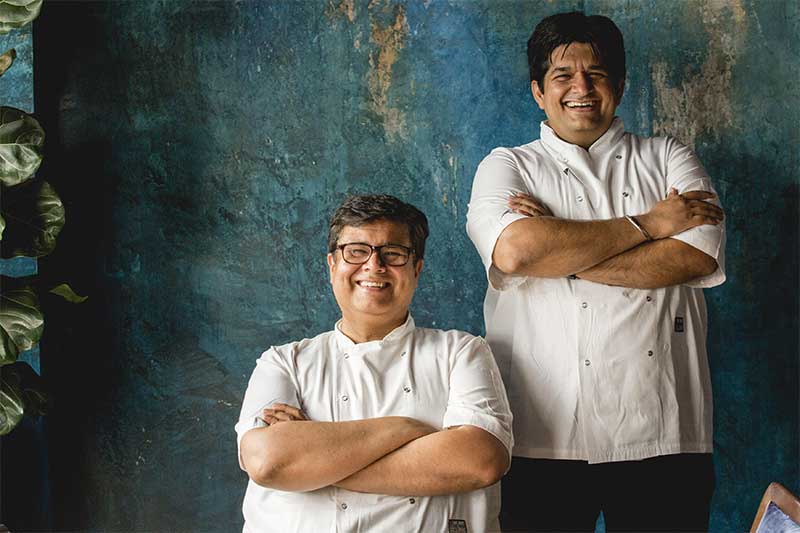 So there was us thinking that London's Indian restaurant scene was at peak excitement with the opening this Autumn of Kahani, Kricket White City and the new Gunpowder at Tower Bridge not to mention the imminent openings of Kutir, Farzi Cafe and London Jukebox.

But then we heard about what was going on at Tamarind Mayfair. The Mayfair spot closed its doors eight months ago for a major refit. When it reopens next month it'll not only have a swish new look - taking over two floors with a new first floor dining room, private dining room and open plan kitchen, but two big hitting chefs in the kitchen, Karunesh Khanna and Manav Tuli.

Khanna opened the Michelin-starred Indian restaurant Amaya in Belgravia where he was head chef for 13 years, and Manav has been head chef of Chutney Mary since 2012.

Hot Dinners caught up with Karunesh for a chat about the pair's plans for Mayfair.

Hot Dinners: So how is the partnership going to work between you? Are you splitting everything down the middle or will you each be taking on certain responsibilities at the restaurant?

Karunesh Khanna: With the launch of Tamarind Mayfair, we envisage that Manav will be Head Chef while I will take on the position of Executive Chef, focusing on and looking after menu development for Tamarind Collection, long term.

Of course, at the moment our main challenge – and it’s proving to be a great pleasure – is developing and putting together an incredible list of exciting and innovative dishes that will make up the new menu and offering at Tamarind Mayfair...Manav is focusing his attention on the individual presentation of each dish, the quality of the ingredients used, and delivering the menu in the time frame we are working to. Ultimately, he will be solely in charge of the day-to-day operation of the restaurant whilst I oversee the bigger picture.

What dishes are you most excited about serving up?

"Every item on our menu will be unique in its own way, as we have worked tirelessly on developing the taste and texture of each dish. However as with everything in life, you always have a few favourites - dishes that are seldom found on other Indian restaurant menus in London - which are:

Where are you taking your inspiration from?

"The design of our exquisite new restaurant in the heart of Mayfair is light and modern, contemporary, relaxed yet sleek, inviting and quietly luxurious. The menu we are developing marries perfectly with this overall concept. Dishes have been especially chosen to reflect a lighter, more delicate and supremely fresh touch, but remain full of flavour and technique – a very rare combination in most of London’s Indian restaurants."

Are either of you bringing in or reworking dishes from your former restaurants?

"Most of our dishes for Tamarind Mayfair are from our combined repertoires, created over many years. However, of course there will be dishes that have been on menus at previous restaurants we have both worked at. These dishes have been developed over the last six months, reworked and taken forward to fit in with our new brief here at Tamarind Mayfair."

Have you seen the designs for the new place? Can you describe the space to us?

"The design is led by David d'almada from Sagrada interior design (Arts Club, La Petite Maison, Coya). Manav and myself have worked closely with David to ensure there is a consistent flow between food and design. Our brilliant new kitchen is split into two units, comprising four visible Tandoors, with the main kitchen completely on show to diners in the basement restaurant, giving this light and airy space a theatrical feeling."

Would you say the restaurant is going to be fine dining - or more relaxed?

"One of our wishes is to move with the times; the diner has not only become tired of heavy, hard to digest, overly complicated, ghee-rich Indian food, they are also fed up with the concept of old-school fine dining, often seeming stuffy and uninspiring. The new restaurant will be very relaxed but will still focus on giving the customer a one-off experience with excellent service and light, fresh and innovative cooking in a beautifully designed and contemporary setting."

London's Indian restaurant scene seems incredibly exciting at the moment with so many new openings. What will set Tamarind Mayfair apart?

"Tamarind Mayfair is more than a restaurant; it’s an institution, a destination that has a very unique place on the London restaurant scene. It was the first Indian restaurant in the UK to be awarded a Michelin Star.

Indian food, in recent years, has gone through a great period of transition. Menus have diversified, dishes have been reworked to fit to the tastes of modern audiences looking for lighter, fresher dishes, even more packed with flavours and textures that use prime quality ingredients and unusual spices. Tamarind Mayfair has, in its "past inclination, been at the forefront of this much-needed change, we intend to take this to the next level when we open this November."

Given that Tamarind was a Michelin-starred restaurant - are you aiming to win it back?

"Yes, of course. One of our goals is to win back the Michelin Star as quickly as possible, but it’s just as important to both of us to create a menu and restaurant that is instantly recognised as one of the best of its genre. It’s also key to all of us at Tamarind Mayfair to ensure that our core group of loyal existing clientele who have patronised the restaurant for many years are as happy in the restaurant’s new incarnation as they were before." 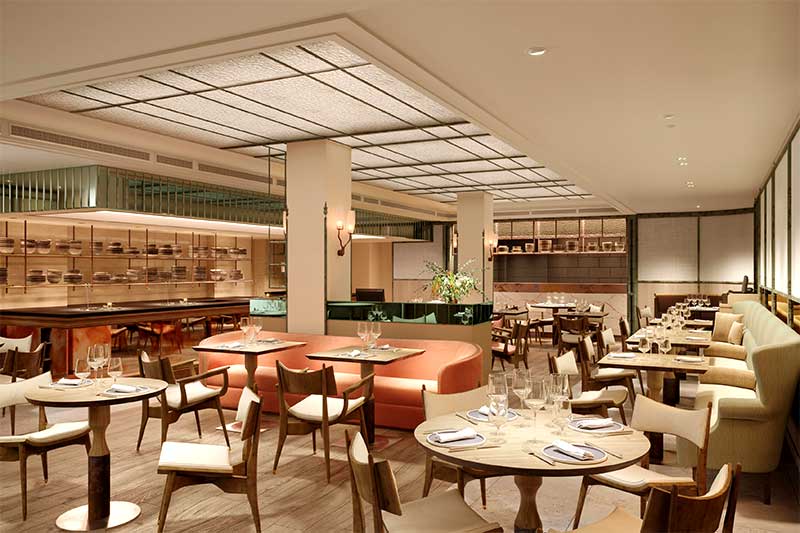