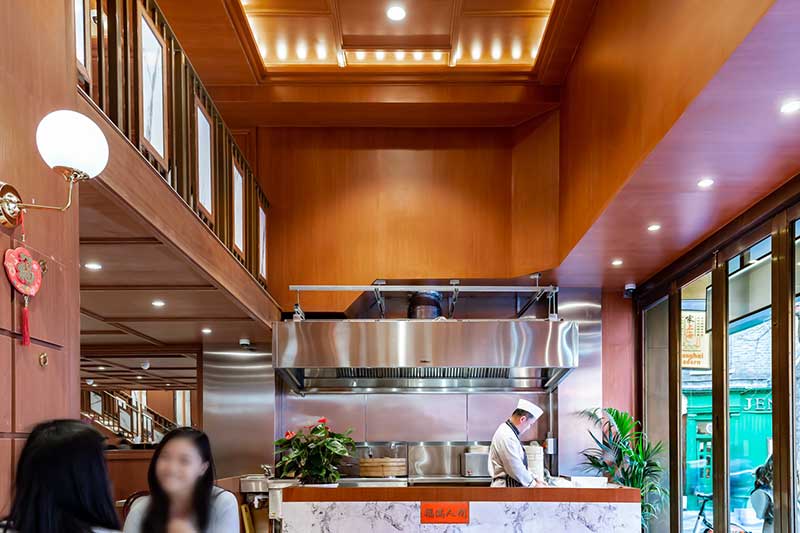 What: JinLi and Modern Shanghai

Summing it all up: A modern Sichuan and a Shanghai noodle and dumpling offering will be the first two restaurants to open in Chinatown's new Central Cross development.

If you've been wandering past the large new Chinatown development and wondering what's going to go in there, well let us enlighten you. Shaftesbury have just announced the first of two new Chinese restaurants for the space.

Both JinLi and Modern Shanghai are from existing Chinatown restaurateurs. First up, JinLi Chinatown is from the team at JinLi, which won ‘Best in England’ at the Golden Chopsticks Awards in April for its restaurant on nearby Leicester Street. Here is where you'll find modern Sichuan dishes. So while there'll be trad stuff like Sliced Pork and Sizzling Rice Crust, and Yuxiang Shredded Pork the chef is also planning new delights such as JinLi Fragrant Rabbit. It's a large 150 seat space, too.

The other restaurant to be announced is a more casual spot - Modern Shanghai is all about noodles and dumplings. At the front you'll see chefs preparing just that - and they're going big on their Shanghai Dumpling (Xiao Long Bao) offering, as well as roast duck noodles, wuntun noodles and a selection of grilled Chinese tapas (their word not ours).

Where is it? Central Cross, Newport Ct, London WC2H 7PZ