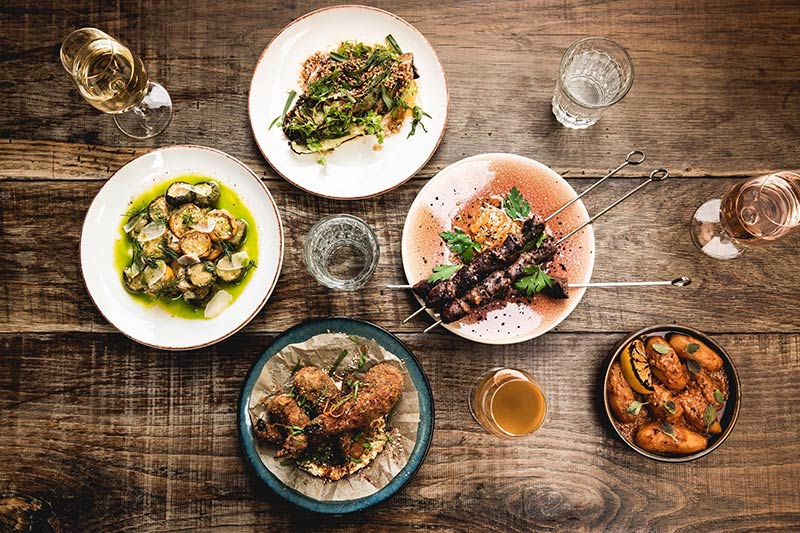 What: Fare Bar and Canteen

In a nutshell: The Sager and Wilde team mix it up

Summing it all up: They've one of the highest rated wine bars in London, launched a new-look bar at the Corinthia, and now the team behind Sager and Wilde are coming to Old Street. Expect a canteen, bar and restaurant all-in-one.

The team behind Sager and Wilde - Michael Sager and Marcis Dzelzainis - have been busy. Fresh from opening the revamped Bassoon Bar at the Corinthia (which, from experience, does have some very excellent cocktails), they're getting ready to open their next in Old Street. Here's what we know:

It's part coffee area, cocktail and wine bar and restaurant. And that's all split across two floors.

Cocktails include a Nitro Vodka Espresso which they say "pours like Guinness" as well as their own take on a Pina Colada, the Rum + Coconut - with Havana 3 year, Coconut, verjus and lemongrass hydrosol. We love a good Pina Colada, so consider this to be very good news. That's in the ground floor bar and canteen.

They'll be creating their own tonic water, which will be "lighter in taste and lower in sugar than traditional tonics". That'll be served downstairs in the bar and restaurant. There will still be plenty of light down there thanks to the big glass skylight in the middle.

And the Head Chef worked at Ellory. That's Thomas Raymond, who will be creating a menu that takes "inspiration from his British roots and travels around the Mediterranean". We can expect to see vegetable-based small plates, grilled skewers and larger sharing dishes (with details of what those actually are still to come).

We'll add more info as we get it.

More about Fare Bar and Canteen