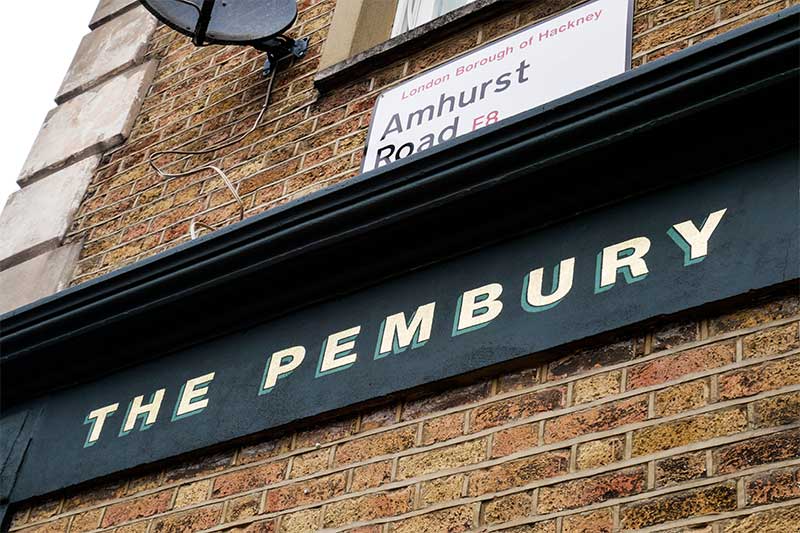 What: The Pembury Tavern

In a nutshell: Five Points brewery open their own pub in Hackney

Summing it all up: What better idea for a London brewery to open their own tap room in a pub just down the road from where they're making their beer? That's what Five Points Brewing Company have done with their takeover of this popular Hackney pub.

If you're a growing London brewery, the next thing you want after making a name for yourself is to open your own tap room. And that's what The Five Points Brewing Company are doing this week. They've taken over The Pembury Tavern in Hackney and are intending it to be a mecca for London's beer lovers. And, handily, it's just down the road from the brewery itself.

After a five week refurb, the pub reopens tomorrow serving up Five Point beers as well as a rotating guest selection of beers from the UK's best independent breweries. They'll also be hosting new beer launches, ‘meet the brewer’ events and putting on food and beer pairing sessions.

Obviously with all that beer you're going to need some drinking food and on that front there'll be a range of New York-Neapolitan pizzas on offer along with a Sunday roast with all the trimmings.

More about The Pembury Tavern

Soft launch details :From Thursday 27th to Saturday 29th September, The Pembury Tavern is offering all customers a free pint of Five Points on draught and free slice of pizza! Valid 5pm until 9pm.