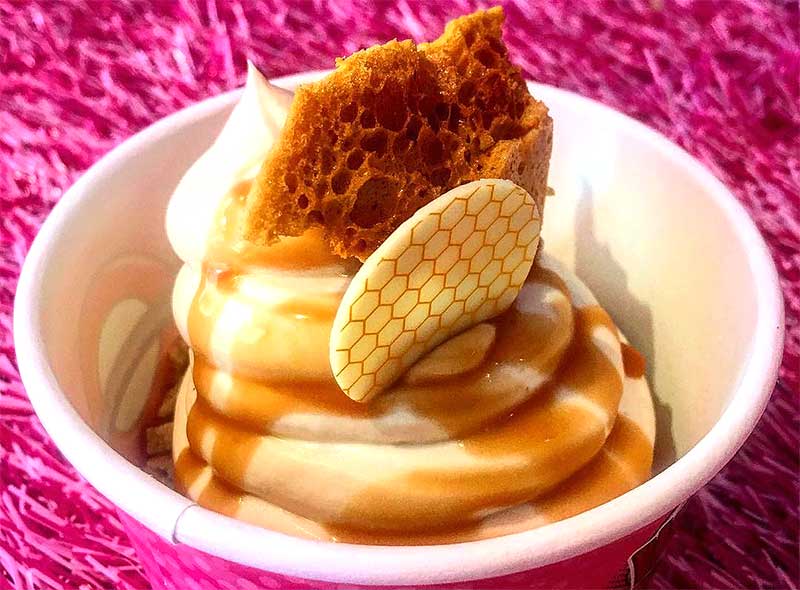 Summing it all up: Less BSDM and more coronary in a cup - this new dessert bar on Covent Garden's Drury Lane deconstructs cheesecake and turns it into a variety of chilled and frozen soft serve delights.

Although they are promising temperatures of up to 23C tomorrow, frankly it could be minus 5 and we'd still fancy one of the soft serve cheescakes from new Covent Garden spot Whipped. Actually, just process that idea for a moment - cheesecake turned into either a soft-served chilled or frozen whipped dessert. Genius.

The brains behind this operation is Alice Churchill who trained at The Ritz, Le Gavroche and with Gordon Ramsay before setting up her own supperclubs and now this.

Tucked into a shop on Drury Lane she's serving up a range of cheesecake delights - where everything is made daily in house (bar the sprinkles). So there's:

If you don't fancy one of the flavours of the day you can construct your own Whipped dessert - choosing from five different dairy or vegan fresh cheesecake varieties, six different bases, eight different sauces and go to town on picking three of the 85 different sprinkles.

It's mainly a grab and go spot - although there are 14 seats inside and 10 on the pavement outside.