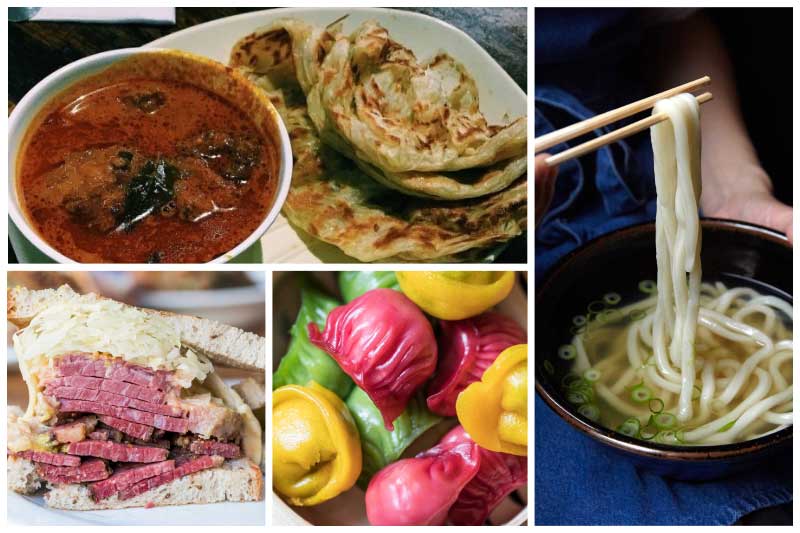 In a nutshell: Next level food court in Victoria

Summing it all up: After the success of Market Halls Fulham, the same people are getting ready to open their next big food hall. This time it's in Victoria, where they're taking over a big Victorian building right in front of the station.

We've talked previously about all the new Market Halls coming to London and also how much we were impressed by the first opening in Fulham. Well, now it's time for round two as the Victoria Market Halls gets ready to open the doors.

They're taking over the Victoria Street Arcade, the Victorian building that's right in front of the station (and where Pacha was too). It's being completely restored after becoming derelict - and going by their building in Fulham it should be an impressive job.

This time it's even bigger, as it's divided over three floors with seating for 400 people - so pretty huge, then. But it'll be a similar set-up to the original, a number of kitchens dotted around the place where you can either head for your favourite or mix and match. Think of it as the very best type of food court.

Here are the 12 launch traders:

This is the biggest coup of the lot. Sugen Gopal's Roti King is a huge London favourite and here at Market Hall Victoria, he'll be serving up a Malaysian Tamil menu featuring their famous rotis, dosas and curries. The place is named after his parents' Malaysian 1970s restaurant.

Chef James French trained up at the Michelin-starred l’Erba del Re in Modena and put in a much-lauded residency under the name Fat Tony's at Bar Termini. Here expect dishes like Pappardelle with longhorn shin ragu, Conchigliette with romanesco broccoli, pancetta and anchovies and Butternut squash ravioli with sage butter.

The team behind the super East London pub The Marksman - Jon Rotheram and Tom Harris - are serving up the wonderful British buns they serve at their pub in Hackney. Filled, baked and then steamed, the savoury buns feature fillings like Welsh rarebit and mushroom and beef and barley with horseradish cream. They'll be served with devilled fried potatoes.

If there's anything designed to get London's foodies in a frenzy it's the prospect of another Koya. Here they'll be doing freshly-made udon and dashi with a selection of new small plates such as chicken nanban.

They already have a space at Market Hall Fulham now Nud and Chris, who founded Breddos Tacos, are bringing their taco offering to Victoria with dishes like tacos abobada with spit roast pork served with salsa verde and crispy pork skin or Pollo asado al carbon (charcoal chicken served with salsa in a DIY taco format).

We've been hearing great things about their Soho spot so expect more of the same regional Northern Chinese cuisine with Sichuan and Hunan influences. So that'll be Ruby prawn dumplings in a beetroot dough, Custard baozi in a carrot juice dough plus Redbraised pork belly on rice and Dan dan noodles.

The popular Jewish deli is bringing its ‘Jewish soul food’ to Victoria. Need to know? Their Reubens are excellent.

Tom Griffiths has been serving up his nose to tail menu at Spitalfields Kitchens and now will be giving customers here comfort food like pig nuggets served with pickles and apple jam and a stuffed suet dumpling filled with braised beef cheeks and shin.

This modern fish and chip shop uses sustainable sources and double fries its chips to make them super crispy AND fluffy.

Described as a fast-casual, healthy eating concept the USP here is that all staff are trained in basic nutrition to help advise customers on what they should order to support their goals. There'll be weekly-changing soups and stews and grain bowls.

Anyone in Victoria wanting a good coffee fix can head here where Press will be serving up coffee made from their importing and roasting coffee beans from 15 different countries. They'll also be putting loose leaf teas, smoothies and soft drinks on the menu.

On top of the kitchens, there are three bars. It'll be open all day long, so is pretty much ideal for anyone working in the area - or for that last snack before the commute home. AND there will be a roof terrace, opening next year. 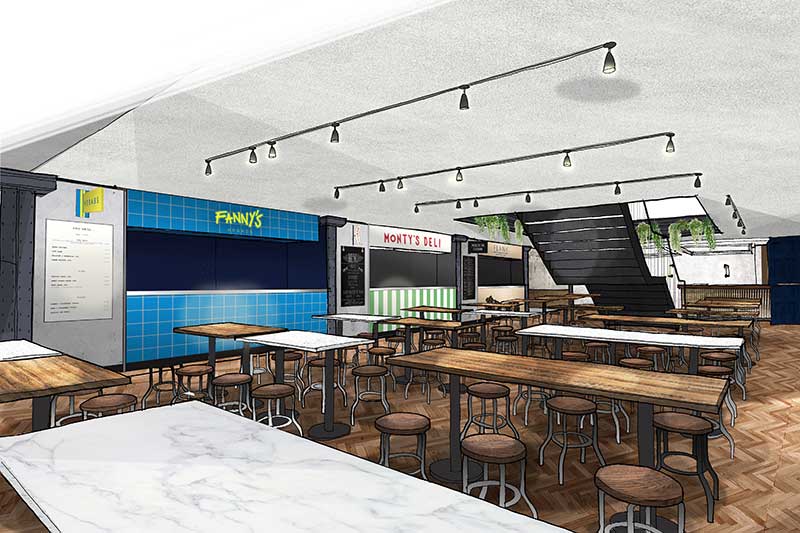 Where is it? Terminus Pl, Victoria, London