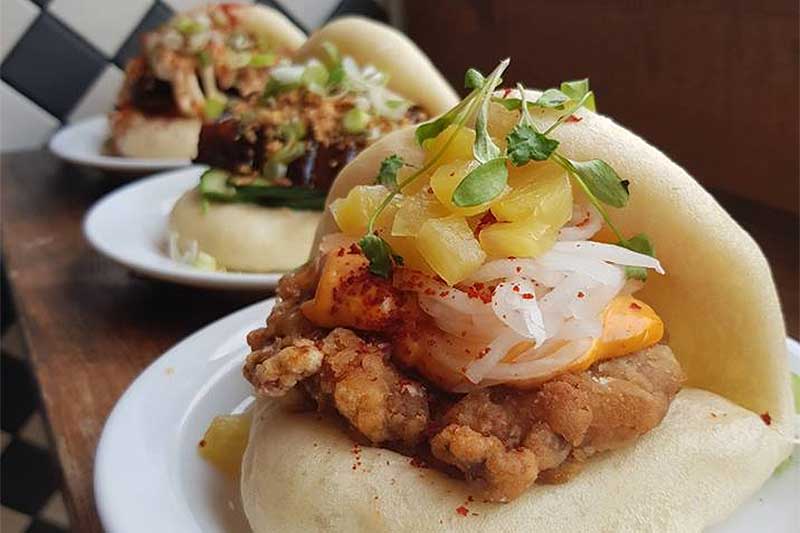 In a nutshell: Brighton street food purveyors bring their Taiwanese buns to the big smoke

Summing it all up: Popular Brighton street food folk Baby Bao have opened their first standalone restaurant on London's Haymarket serving up what they hope will be a winning mixture of bao and beer.

If you're a sucker for a bao bun - and it seems like most Londoners really are - then you should head on down to Haymarket to try out a new bao bar.

Baby Bao opened slightly under the radar a few weeks ago. The folks behind it are a popular street food offering down in Brighton where the Good Food Guide described them as "awesome Taiwanese street food flavours stuffed into perfectly fluffy steamed buns". They then set up a permanent residency at The Pond there this year. In London their offering's the same simple deal - Taiwanese bao buns and craft beer - plus a few other bits and bobs.

Baos range in price from £5.50 for a vegan grilled tofu with hoisin, peanuts, cucumber and scallions (there are three vegan offerings in total) to £7 for chargilled rib eye with chargrilled scallions and smoked garlic mayo.

The sides also sound worth a go - the KFC wings are brined for 12 hours before being fried in their house spice mix and covered in chilli sauce. And we would certainly want to try the karaage cauliflower with miso mayo and lemon.

As for drinks, the beer list is extensive ranging from lagers and pilsners to stouts, porters, saisons, sours and specials like the Breakfast Shake from Siren Craft and Isotonic Gose from Swedish brewery Tempel Brygghus. If beer's not your thing there's also a short wine and cocktail list too.