Fancy an Oktoberfest themed craft beer cruise down the Thames? 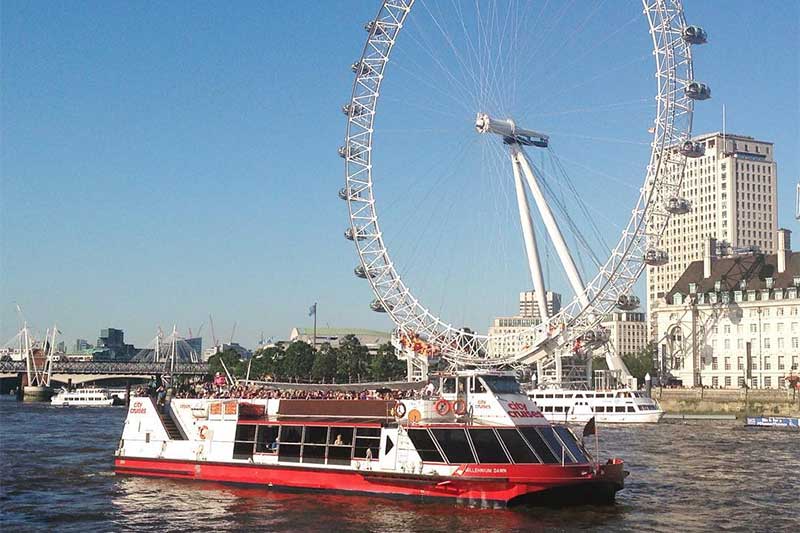 Looks like bobbing about on the river, eating and drinking, is making a comeback. No longer the preserve of tourists, a number of more interesting businesses are now after the foodie pound. In Paris, Alain Ducasse this weekend launched a floating restaurant on the Seine (after losing the Jules Verne Eiffel Tower contract). Here in London, the London Shell Co has been earning rave reviews for its trips down the Regent's Canal, and now there's a craft beer cruise that'll take you down the Thames.

City Cruises are billing their cruise as a preview of Oktoberfest. They've teamed up with Bermondsey brewers Fourpure Brewing co. for an evening of craft beer tasting and live music as you glide past The London Eye to Big Ben and Tower Bridge. The two-hour cruise (it's currently a one-off but maybe they'll do more if there's enough interest?) will feature an interactive introductory talk on craft beer, followed by a tasting of five of Fourpure’s craft beers - their award winning Pils Lager and Oatmeal Stout alongside their Session IPA, Easy Peeler and American Pale Ale.

"Although Oktoberfest celebrations are becoming increasingly popular in the pubs and bars of London, we think sailing past the Tower of London, the Shard and the Houses of Parliament whilst sampling a homegrown London craft beer can’t be beaten," says Kyle Haughton, the cruise company's MD.

More about the Beer Tasting Cruise