The Chipping Forecast returns to Soho in a permanent spot 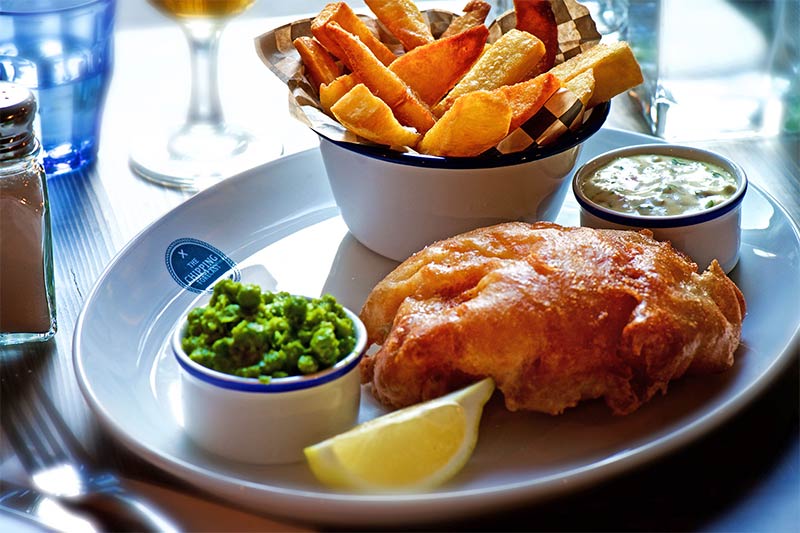 What: The Chipping Forecast

In a nutshell: Fish and chips restaurant returns to Soho.

Summing it all up: The fish and chips restaurant with the great name used to be on the market at Berwick Street. Now they're coming back to Soho for good.

We're always appreciative of a good pun in a restaurant name, and the Chipping Forecast is definitely that. They've been in Notting Hill since 2016 after originally starting as a stall on Soho's Berwick Street Market. And now they're coming back to Soho with their second permanent restaurant (setting up on Greek Street where Balls and Co used to be).

As the name suggests, it's all about fish and chips here, with fresh Cornish fish being brought into them daily and grilled, or fried in beef dripping and panko breadcrumbs or in Brewdog beer batter (or in a gluten-free batter). So it's all about getting the freshest fish possible to your table. And chips, of course, triple cooked in beef dripping.

Outside the main fish and chips, they have a "Salt Cod Scotch Egg with herb aioli, fennel & watercress", "Cornish Mussels steamed in BrewDog Punk IPA, with garlic and cream", deviled whitebait, a fish pie and more.

More about The Chipping Forecast