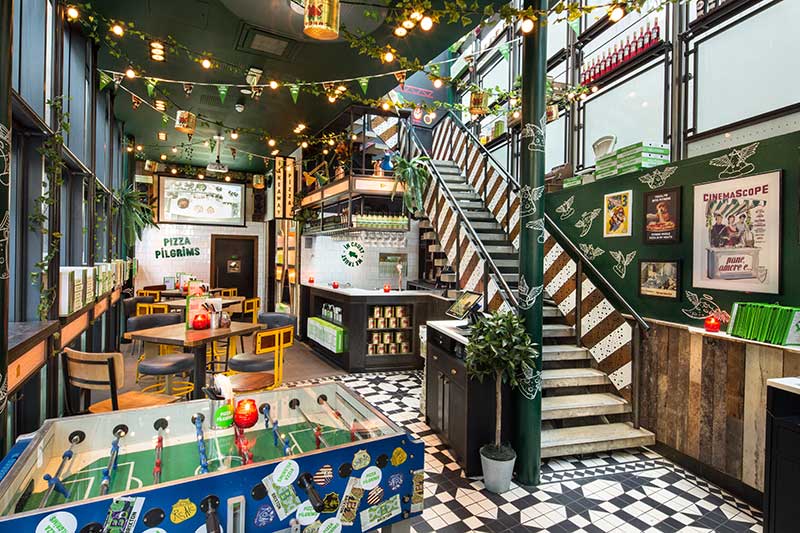 In a nutshell: The pizza brothers get two new places

Summing it all up: Pizza Pilgrim fans are about to get two new places to try their favourite pizzas as they arrive in London Bridge AND The City. Plus they're bringing new pizzas with them and the "Bread Zeppelin"...

We've been fans of Pizza Pilgrims ever since the times of yore when they were nothing but a pizza van serving folk on Berwick Street Market. But now they're really hitting the big league with two new openings in London this Autumn.

The first is the biggest - set in the City, right next to Tower 42. Not only does it seat 135 but they'll have a big bar downstairs - and yes they will have a big TV for the football. That bar will be hosting an ‘Apé Hour’ (their version of a Happy Hour) with deals on beers, spritzes and litres of prosecco - and they'll come with complimentary Italian-style aperitivo snacks - their Deep Fried Artichokes and Arancini.

Of course you can order online and collect (or get your pizza delivered if you're too busy to leave the desk). But really you'll want to head to the restaurant for the big tables with Lazy Susans, so you can always rotate that last slice right to your plate.

All this comes with a new menu and new pizzas too, made with their new double fermented pizza dough, proved twice for 48 hrs minimum. So there's the Double Pepperoni pizza (two different types of UK produced pepperoni with spiced honey) or the Pesto Datterini pizza (sweet yellow Datterini tomatoes and buffalo stracciatella). And there's a new dessert - the Salted Caramel Tiramisu.

But frankly, the one that we REALLY want is the Bread Zeppelin. That's described as "garlic bread oozing with garlic butter which inflates in the pizza oven" and you can see it pictured above.

But that's not all - as later in the year comes "Afternoon Tea-zza" where they'll be bringing their "chocolate bar calzonifcation" (that is a word, even if the Oxford English dictionary doesn't think so) - which lets you bring your favourite chocolate bar to be baked in dough. It's amazing. Try a Lion Bar - you'll thank us later.

As for the bar there, that'll host a daily ‘Apé Hour’ with deals on beers, spritzes and litres of prosecco, all served with complimentary aperitivo like deep fried artichokes and arancini.

All that and ANOTHER Pizza Pilgrims later in the year, when they're opening at London Bridge. There they'll be adding a 16-seater terrace under the arches too. 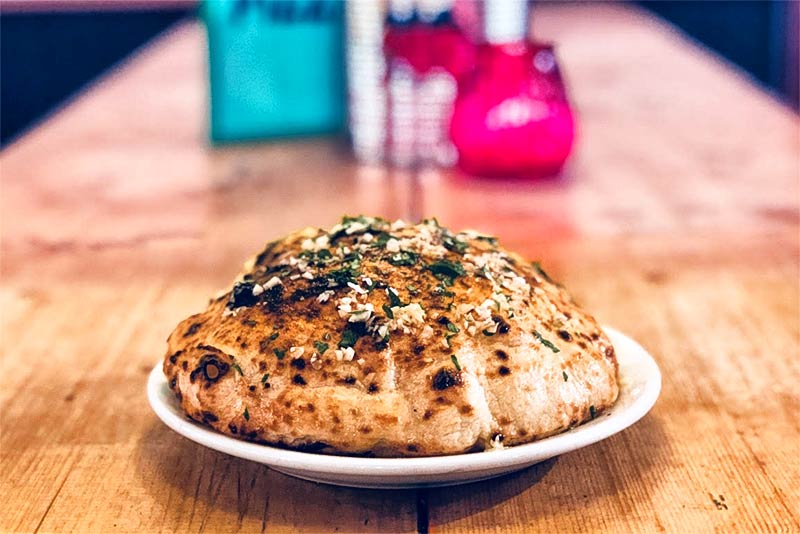