The Naturalist at Woodberry Down is Manor House's newest pub 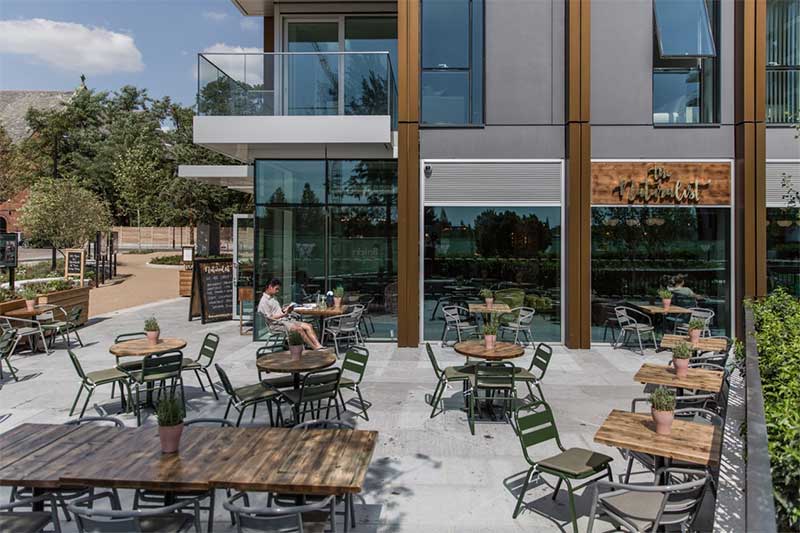 Plenty of space for a bit of alfresco drinking or eating

In a nutshell: New pub for a new development in Manor House

Summing it all up: The huge new Woodberry Down development by Manor House now has its own pub. The Naturalist will be open all day and is setting itself up to offer a mean weekend brunch and Sunday lunch.

Manor House has a new pub. Youngs opened The Naturalist slightly under the radar a few weeks back as part of the massive Woodberry Down redevelopment of the area. And it's pretty impressive looking. 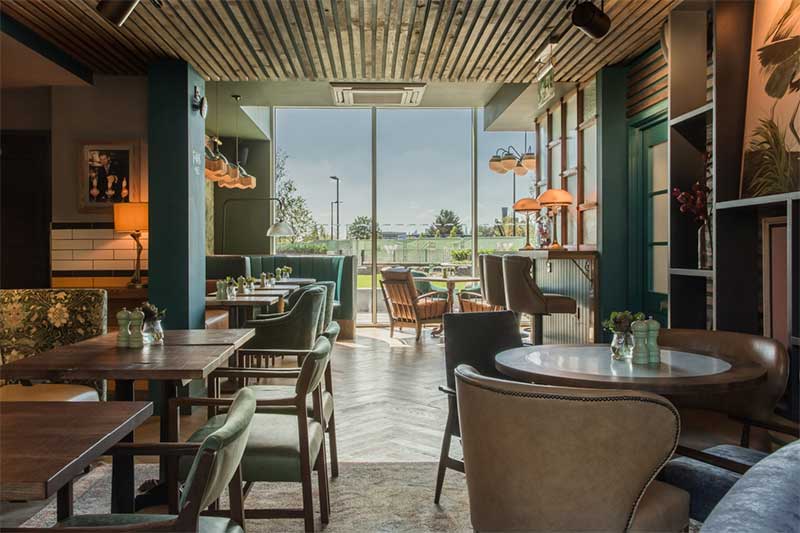 As for the food, there's a rather nice weekend brunch menu. In addition to all the things you'd expect to see (crushed avo on toast - check) there are dishes like Devon crab cake, poached egg, lemon & herb dressing or locally-sourced honey and soy baked aubergine with aubergine purée, pinenut and pickle chilli. They're open for breakfast too from 9am during the week.

Groups are catered for with a series of sharing platters - meaty, fishy and veggie and they really do seem to have tried hard to offer something a little different. So that seafood platter features two rock oysters, a half pint of shell-on prawns, Devon crab, quail Scotch egg, beer-battered cod strips and sourdough bread for £25.

There's plenty for veggies here - a salad of broccoli, Nutbourne tomato, squash quinoa and pomegranate sounds like it would hit the spot. And for Sunday lunch there's a veggie option of a wild mushroom & spinach wellington with olive oil roast potatoes and veggie gravy. 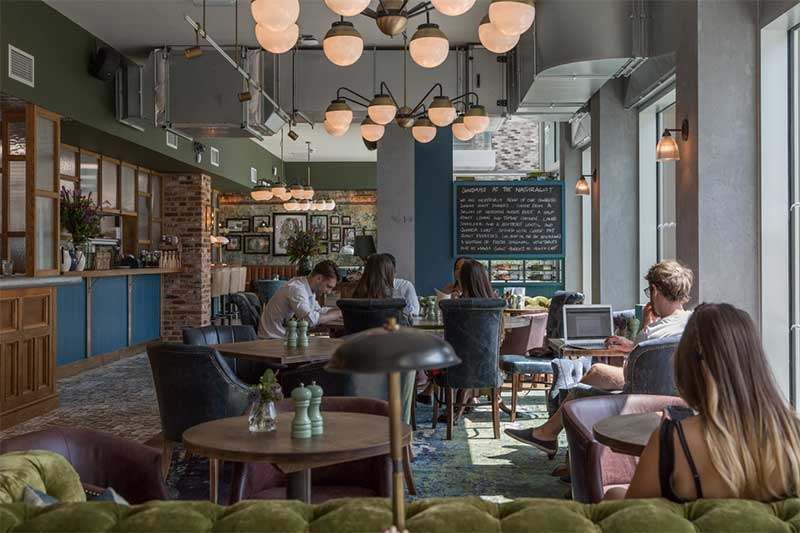 Looks like they're trying to encourage folk to pop in during the day with nooks and crannies for remote working and free wifi. And there's a decent-sized terrace too if the weather's good.

More about The Naturalist

How to book : Book online