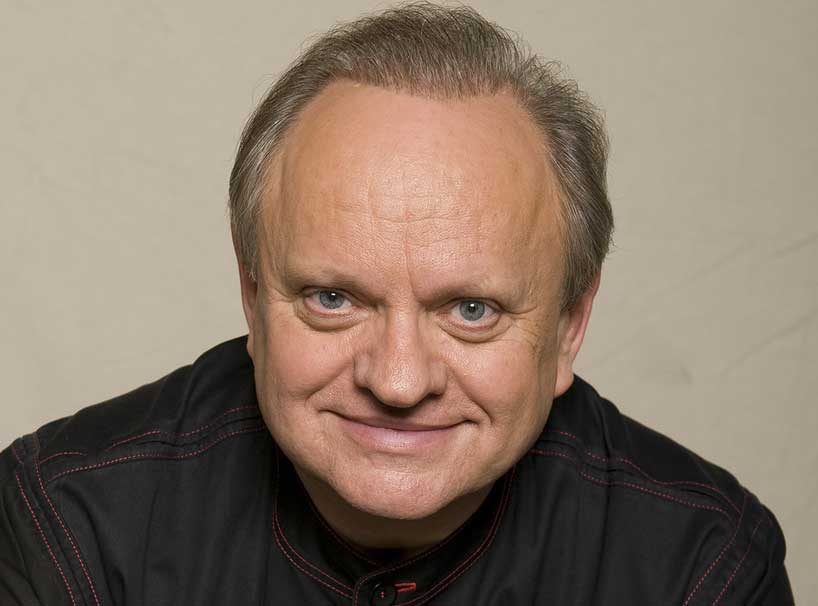 The world's most Michelin-starred chef Joël Robuchon has died, it was announced today. The 73-year-old chef died in Geneva after a battle with cancer.

At the time of his death Robuchon ran 12 restaurants which between them had 24 Michelin stars, and at one point they had 32 - the most of any chef/restarateur in the world. In 1989, Robuchon was awarded "Chef of the Century" by the French restaurant guide Gault Millau.

His most famous protegee Gordon Ramsay described working for Robuchon as similar to doing a stint in the SAS and Robuchon admitted that they made a fairly combustible team. One bust-up saw him aim a plate at Ramsay's head.

In London he had just one restaurant. The Michelin-starred L'Atelier de Joël Robuchon opened in Covent Garden in 2006.

As news broke, British chefs and restaurant folk were quick to respond.

I loved every mouthful of food cooked by this man, sad loss . RIP Chef pic.twitter.com/JBsikEKAVH

We’ve Lost The God Father of Michelin the most decorated Chef in the World, he kept all of us on our toes ! Even when we were sleeping ! Merci Chef, God Bless

can’t believe it’s happened again We have lost a other legend of french gastronomy..!!
RIP Mr Robuchon and thank you for what you have given us and have done for the gastronomy Francaise… https://t.co/Fwge6VYoxY

This may have been a long time ago in 94 but it was a real privilege & honor to have worked in this amazing Chefs kitchen. Yes one of the hardest chefs I have ever worked for, but the passion & love he had for his cuisine was extraordinary. He has made many great chefs from his kitchens, which is a true credit to a creative genius who inspired all of us to always push the boundaries of perfection. It’s a very sad day for all of us who have been touched by his craft & endless quest of being the best. I have many fond memories of the times in #restaurantjoelrobuchon on Avenue Poincare & with the whole team of amazing chefs who were all inspired by him to always do better. @fredericanton we will very much miss the genius he was.

Just heard about the death of Joel Robuchon. The test of a great chef is the ability to change forever the simplest of things. Robuchon changed the way a certain type of restaurant made mashed potato, by putting less potato and more butter in it. He was also a very nice chap.

Thinking of Joel Robuchon, and his mashed potatoes 🖤

Very sad news. The best meal of my life was cooked by Joel Robuchon at Jamin, Paris in 1989. I still have the bill as a souvenir. One of the very greatest chefs.

very sad news Joel Robuchon has died one of the greatest!

Such a tragic loss. One of the greatest chefs of modern time. RIP Chef. Inspired so many to be different pic.twitter.com/noXXeov8Ui

Robuchon in his own words

On the secret of good cooking

"The older I get, the more I realize the truth is the simpler the food, the more exceptional it can be. And it's extremely difficult, because to do something that's very sophisticated that utilizes these very high quality ingredients is very easy, but to do something simple that is exceptional — that is where the difficulty is, and it's the hardest thing to do in a kitchen. It really asks for a mastery of the ingredients and a mastery of taste." [Business Insider]

"[My generation] felt that to be a good chef you had to stay in your restaurant day and night, but I think now that’s a mistake. When you rest, and see people, and travel, you pick up so many influences and ideas." [Guardian]

"London is where it all happens. That’s where the cutting edge of fine dining is." [Telegraph]

On Michelin (and the UK)

"I think the Michelin guide is flawed in the UK, and a lot of other chefs also mirror this opinion. The grading system is just not serious enough there, and there are 2-starred restaurants, that we simply wouldn’t eat at." [Girl Meets Cooking]

On pleasing the customer

"“Very often, when I see talent in a new chef working for us, I would ask him this question, ‘If you are cooking for your parents, boyfriend or friend, would you cook it the same way? I want my team and myself to cook as if we are cooking for the family and very good friends. Of course it is important to have technique and achieve quality, but if you don’t love the customer, you don’t make him happy. You have to put a part of yourself inside the cooking — that’s how a customer gets a very special experience.” [Michelin.com]