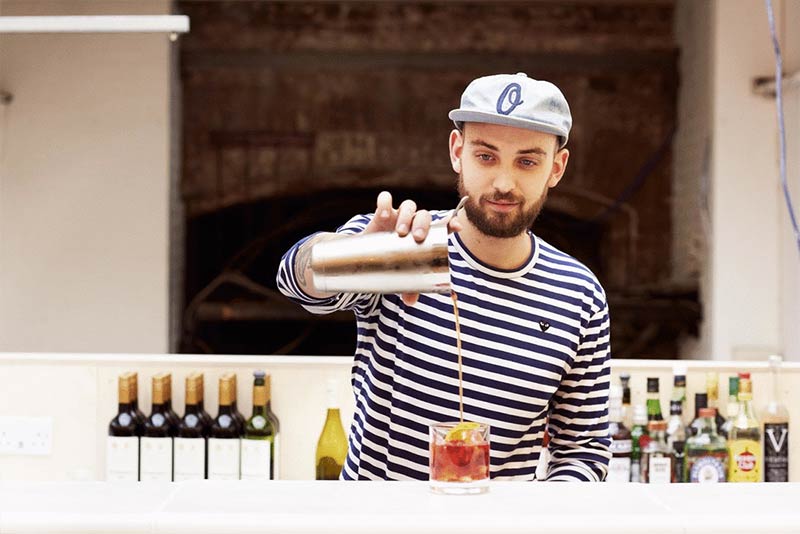 The next time you find yourself slap-bang in central London and in need of some alcoholic refreshment, get yourself down to the Institute of Contemporary Arts, which is teaming up with some of our favourite bars to dish out “unusual spirits and one-off libations."

The ICA’s Rochelle Canteen will be hosting bartenders from Quo Vadis, Ladies & Gentlemen and Untitled Bar on four dates from 7pm, to mix up guest cocktails alongside drinks from the venue’s head bartender Fin Spiteri. Each bartender will be focusing on a particular spirit.

First up on 8 August is Mattias Ingelmann from Untitled Bar, who’ll be using artisanal, botanical-infused spiced rum from Drum & Black’s to whip up his Japanese-style cocktails. Based on his previous work, which included a snow-inspired chalk, clay and mushroom-vodka cocktail (no, really), we're expecting creative things.

He’ll be followed on the 21 August by Shane from Highgate Road’s Ladies & Gentlemen, who’ll be taking a slightly different approach with a new spirit that’s been dubbed ‘The Low Alcohol Spirit With No Name’ - no prizes for guessing what his drinks’ defining features will be.

Then from 5 September, it’ll be Quo Vadis’s turn in the spotlight, who’ll be mixing with London-based gin Whitley Neill, before head bartender Fin gets his own turn at the controls on 19 September, with terroir-inspired cocktails made from Vestal vodka.

And if all that isn't enough to entice you, there'll also be British bar snacks from Rochelle Canteen's Margot Henderson, including radishes and smoked cod's roe, or cheese and chutney toasties.

Where is it? Rochelle Canteen at the Institute of Contemporary Arts, The Mall, St James’s, SW1Y 5AH