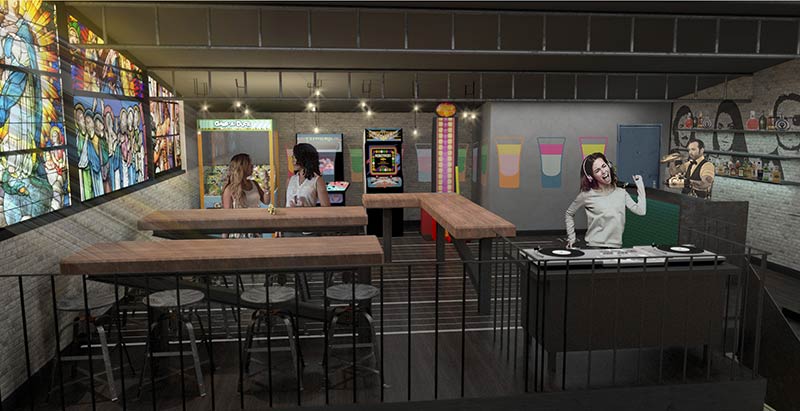 In a nutshell: Arcade games and shots

Summing it all up: Seb Lyall, the brains behind London's naked restaurant and Bletchley Park cocktail bar, is at it again with a whole, 200-cover space to play with on Hackney's Mare Street. First up - an arcade that rewards, or punishes you, with shots, depending on how well you play. Player one, start.

If you’re firmly of the opinion that drinking games are, in fact, still loads of fun then you’ll want to get down to Sinner where they’re levelling up the whole experience with custom arcade games that reward you with booze.

The number of people allowed in will be capped at 60, and after buying your tokens at the bar, you’ll have four different ‘experiences’ to choose from, including Space Cactus, Desert Dash and Tortuga, but they’ll be adding more later.

Don’t worry, you won’t get sucked into a 30 minute Mario run - games are designed to be short, fun, and incentivised with a better quality (or much, much worse) shot, depending on how well you do. The menu is packed with creatively named shooters, from Knicker Dropper Glory to the Flaming Henry, which we've frankly got no idea as to their contents, plus some old favourites like a Slippery Nipple and everyone’s worst enemy, the fated Tequila Slammer.

An hour and a half in the arcade costs £22, which includes three games (and shots!), plus another cocktail.

The man behind Sinner is Seb Lyall, who’s previously had a hand in the wildly popular Bunyadi (the naked restaurant) and its cocktail-heavy sibling, the Bletchley, so there’s every reason to expect this to be a roaring hit. Sinner will live inside ABQ, a new all-immersive venue. It'll feature a permanent spot for their Breaking Bad style cocktail RV, as well as vegan "plant-based" pizzeria Saint. 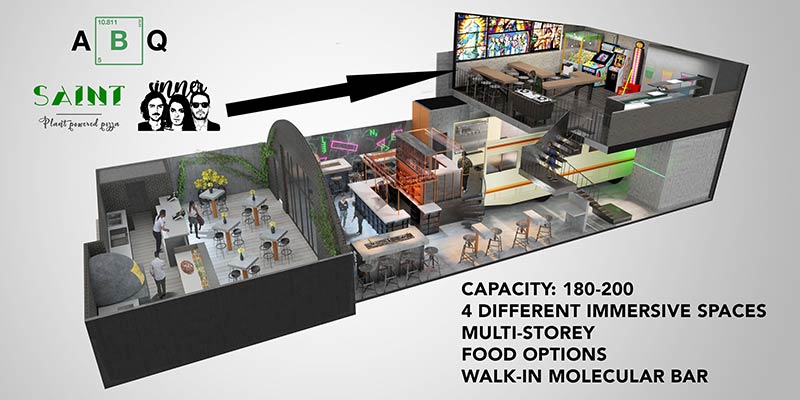 Where is it? Sinner at ABQ London, 18 Bohemia Place, E8 1DU, London

When does it open? 8 August

How to book: Book a slot for £22 via their website.