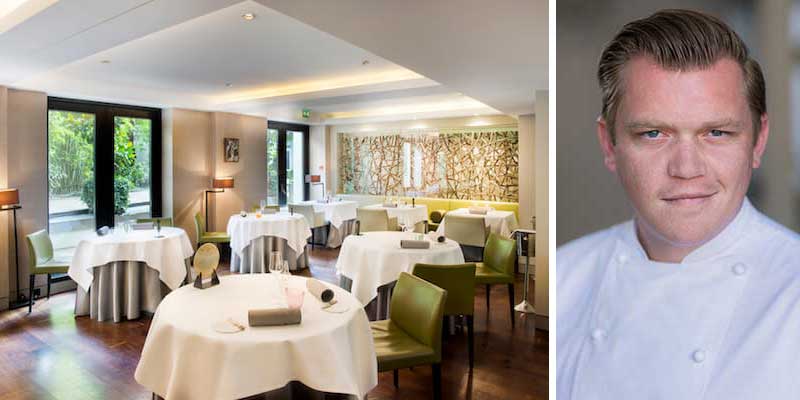 It's all change at Mayfair restaurant The Greenhouse, where they've just announced a new Executive Chef. Following in the footsteps of Arnaud Bignon who returned to Greece in Spring, is Alex Dilling.

Dilling will be joining the two Michelin-starred restaurant from his current post as Executive Corporate Chef at Hélène Darroze at The Connaught. Before that he was Chef De Cuisine at Caviar Russe in New York.

He'll be running the kitchens at The Greenhouse from 16 August and has promised to change things up a bit according to a spokesperson for the restaurant.

"He'll reinterpret the two Michelin-starred restaurant’s menus with his own culinary signature, placing an emphasis on elegant and refined modern-classic cuisine...and introduce a fresh menu concept to The Greenhouse with his repertoire of technical and aesthetically pleasing dishes set to utilise the very best of British and fresh produce.

More about The Greenhouse