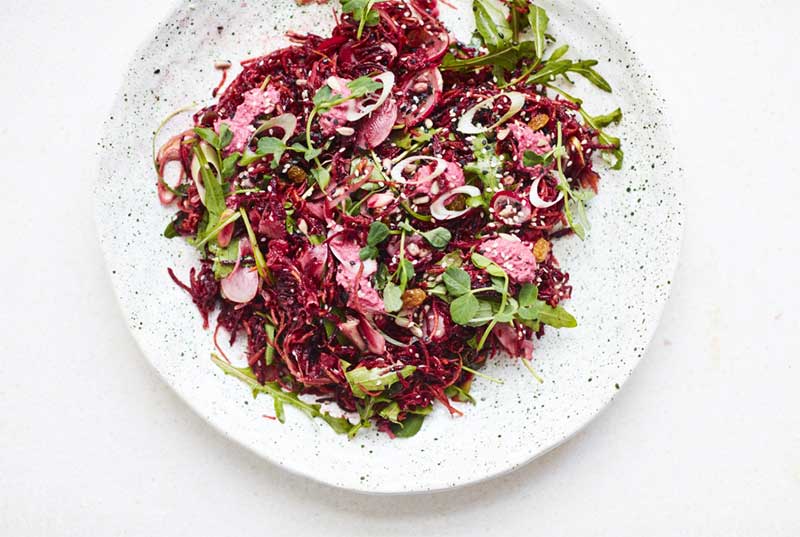 In a nutshell: Healthy takeaway for the City

Summing it all up: After eight years working for Gordon Ramsay and then as a private chef, Angie Steele has opened her first takeaway spot in the heart of the City.

City workers at Bank now have a new place to go if they want to step up their lunch game. Alfs, which has just opened at No 1 Poultry, has an ex-Gordon Ramsay chef behind it. Angie Steele spent eight years working with Gordon Ramsay at Claridges, Royal Hospital Road and Maze as well as working alongside him in filming The F Word and Kitchen Nightmares. Now her new City spot aims to feed the finance district with gorgeous food which is also super nutritious.

Everything's made on site. For breakfast you might fancy the chia seed pot with spirulina or - if the night before was slightly riotous, the chorizo and red pepper frittata might be more your bag. Hot dishes to go include turkey kofta and moussaka and a roasted vegetable bake and they'll also do laksa soups and healthy snackage.

But the big thing is clearly salads and they've got what looks to be a freaking massive selection, from the Alfie (broccoli, sunflowers and golden raisins) to the Monty (sofa noodle salad with miso). And if leafy greens aren't going to fill you up you can always add proteins like poached trout or harissa chicken to that.