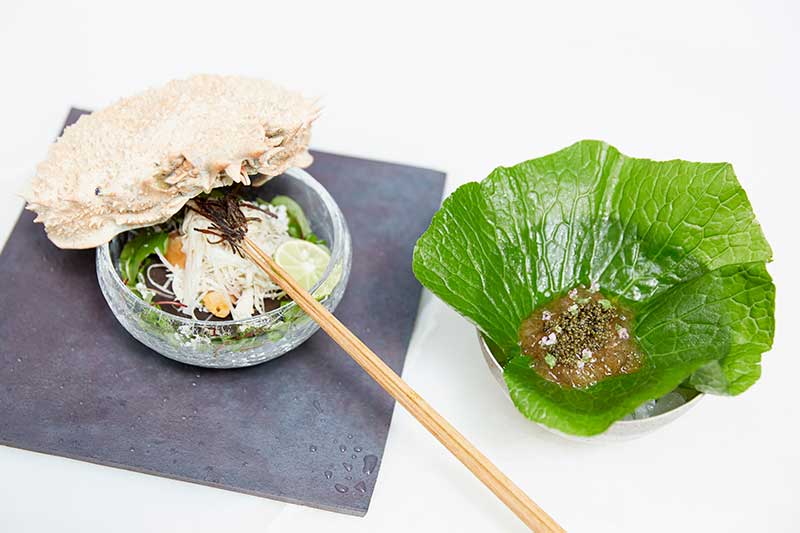 Ahead of the opening of his upcoming restaurant at White City, sushi master Endo Kazutoshi is going to be popping up at the Berkeley in Knightsbridge this summer. Kazutoshi - who used to run all things sushi at the Zuma group, and whose White City restaurant will seat just 15 - is going even more exclusive with his Berkeley popup. He'll be serving up a traditional omakase experience to just eight people at a time.

The pop-up which runs for six weeks this summer can be found in a specially designed space at the hotel. An evening will start with Japanese-inspired cocktails at The Berkeley’s Blue Bar, followed by the unveiling of the hidden restaurant where diners "will enjoy the intimate performance of Chef Endo’s culinary craftwork".

He'll be serving up a 15 course omakase menu, using the best UK and Japan produce such as Scottish scallop oshinogi, lemon sole usuzukuri and wagyu beef agemono. Dinner costs £150 but you'll be able to up the ante but adding on a curated sake and wine pairing menu too.

"Londoners are always on the hunt for something a little different in the foodie scene and we are offering just that this summer," Endo says.

More about Endo at The Berkeley

Where is it? Wilton Pl, Knightsbridge, London SW1X 7RL

When: ‘Endo at The Berkeley’ in partnership with Robin Leigh’s Lord Simon Restaurants will run every Thursday, Friday and Saturday evening from 20 July to 31 August with two sittings each night at 6.00pm and 8.30pm

How much? £150 but the sake/wine pairing is extra