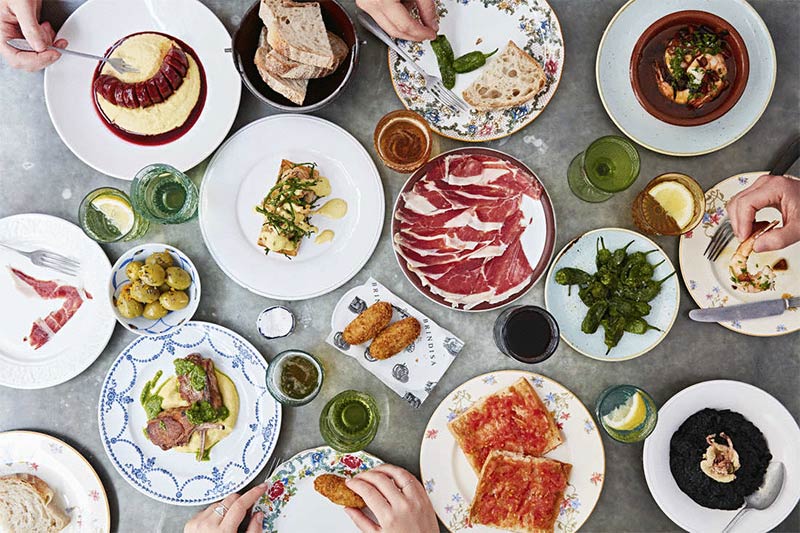 In a nutshell: A sixth branch of the popular tapas chain with views over the river Thames

Summing it all up: Marking the 30th anniversary of Brindisa, the latest outpost will be part of the Battersea Power Station development. Aside from the spectacular setting and views, we can expect the usual impeccably-sourced Spanish produce, plus a dedicated cheese and charcuterie bar.

It’s been 30 years since Brindisa founder Monika Linton first introduced Londoners to beautiful artisanal produce, so it’s fitting that its next opening is in one of the city’s most iconic landmarks, Battersea Power Station.

The menu will be full of Brindisa signature classics as well as some new dishes:

We’re also loving the sound of the dedicated cheese and charcuterie bar – a first for Brindisa – featuring freshly carved Iberico Bellota, charcuterie, and cheeses aged in Brindisa’s cheese rooms in Balham. Drinks-wise there’ll be Spanish craft beer and a selection of lesser-known Spanish wines, including some grown by Monika’s brother in Catalunya.