Mamasons is bringing their Filipino "dirty" ice cream to Chinatown 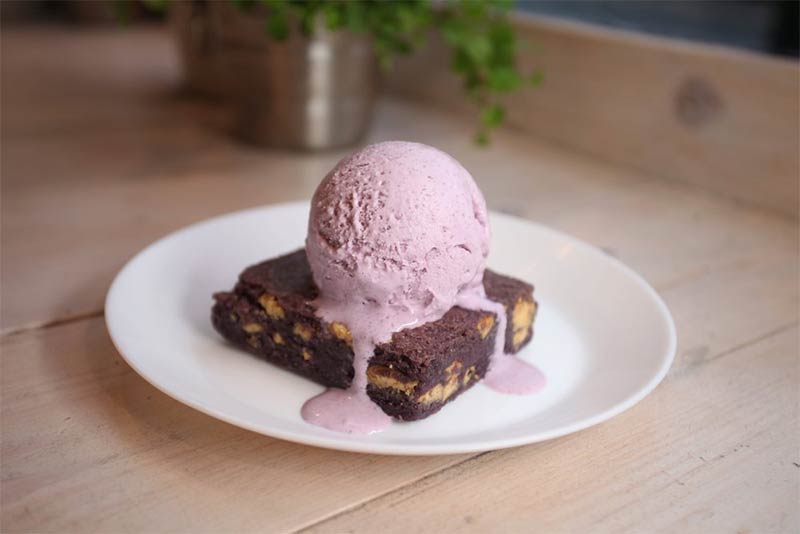 In a nutshell: Filipino “dirty" ice cream in Chinatown

Summing it all up: This will be the second site for Mamasons, with the previous one opening in Kentish Town in 2017. If you’ve not been or are unfamiliar with the concept of Filipino “dirty" ice cream, it’s basically the nickname used to describe ice cream made in a steel drum with ice and salt in the hawker markets of Manila.

Founded by second-generation Filipino Londoners Omar Shah and Mae Maglanoc, the new Mamasons site will be opening in Chinatown’s Newport Court in August, where it’s joining a number of other Asian dessert shops, including Tsujiri (matcha specialists) and Guo C 100 (fruit puddings). The 20-cover ice cream parlour will feature some pretty interesting sounding flavours such as black coconut, and Ube (a purple coloured yam from the Philippines).

The one that’s sure to be popping up on Instagram feeds, however, is the signature ‘Bilog’ dessert, which is a toasted Filipino milk bun, filled with pink ice cream, and dusted with icing sugar. There’s also a range of drinks including coffee using beans from the Phillipines, and an ube hot cocoa made with Belgian white chocolate and topped with ube whipped cream.

Much like the Kentish Town original, pink and tropical will be the major theme running through the interiors, with plenty of foliage, pink seating, neon lights, and a revolving gallery of artworks from Filipino communities.