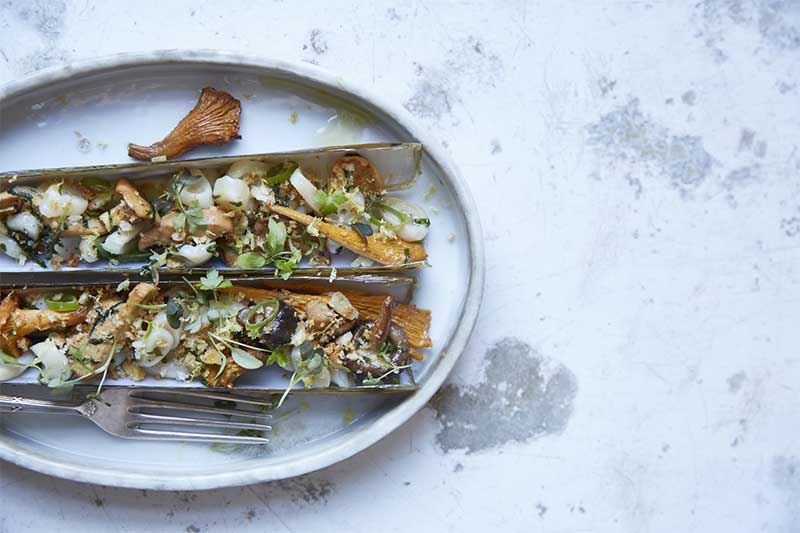 Summing it all up: Emily Roux is teaming up with her husband, Diego Ferrari - former Head Chef at Le Gavroche. They'll be running Caractère, a restaurant that's part French, part Italian in Notting Hill.

We've known for a while that Michel Roux Jr's daughter, Emily, was planning her own restaurant. Last September she told Hot Dinners:

"I would love to open a restaurant with my husband in the near future. We met in the kitchens of the Louis XV in Monaco 6 years ago and have had this crazy ambition ever since. We have visited several establishments in London, but still haven’t found the "right place”. We are being patient and keeping our fingers crossed."

"It would be something that isn’t quite fine dining. We’d like everyone to feel at ease in our restaurant, obviously with very good food, but I’m going to try and go for accessible pricing."

"If all goes to plan it would open this year. I’d open it with my husband [Diego Ferrari - current Head Chef at Le Gavroche] who’s Italian so there’d be a mix of French Italian food. It’s very exciting."

But now they've moved a step closer to realising that dream. The restaurant is called Caractère and is coming to Notting Hill, taking on a spot that used to hold a Bumpkin restaurant. We know to expect "French and Italian dishes, stemming from both chefs’ heritage and expertise."  They describe it as "a casual, contemporary and independent restaurant".

Diego will be in the kitchen, while Emily runs things front of house. “Two head chefs in a kitchen can be one too many!” says Emily . “Even at home, one of us cooks at a time.  I’m thrilled to be working front of house, great service is just as important as great food to me, and I love to talk and get feedback directly from our guests.

Based on the restaurant's name they're splitting the menu up in sections based on character trait, so starters are Curious, small plates are Subtle, Fish is Delicate, Meat is Robust, Cheese is Strong and Dessert is Greedy.

They've also released some details about what might be on their menu too, so look out for dishes like