Darling in Dalston will be the new project from Charlotte Wilde 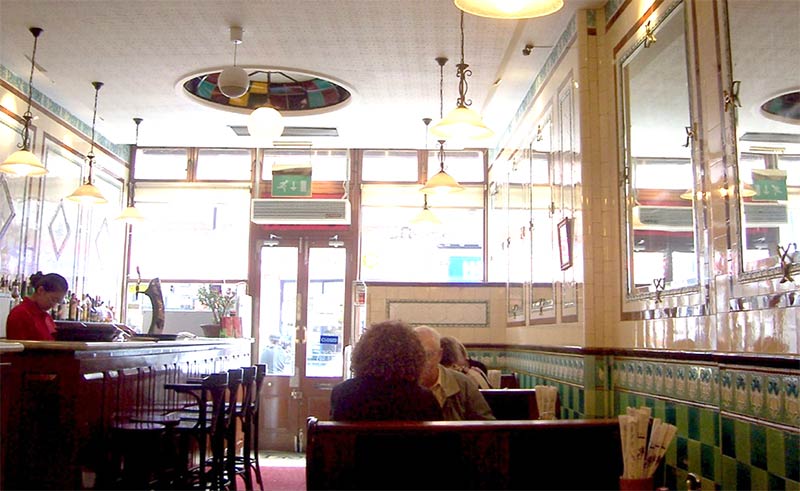 In a nutshell: Wine, cocktails, and modern European plates in Dalston

Summing it all up: This is the first solo project from Charlotte Wilde, following her departure from Sager + Wilde, which she co-founded with Michael Sager. Other than a wine list designed by Charlotte, she’s pulled in a great team including Tom Soden (Nine Lives) in charge of cocktails and Dan Wilson (Dandy) in the kitchen.

We’ve been wondering what Charlotte Wilde would do next and her new project Darling sounds very promising. It’s taking over the site where Shanghai used to be on Kingsland Road, which itself took over a F Cooke pie and mash shop and thankfully plenty of the original features, such as the colourful wall tiles, remain, as you can see.

The wine list will change regularly but feature no more than 100 at any one time, and will feature bottles from a variety of regions made in both traditional and natural methods. Similar to Sager + Wilde, the markups will be lower than the norm, meaning pricing should be relatively accessible to all.

There’s no menus yet but we’re told Dan Wilson will be cooking a small seasonal a la carte menu of modern European dishes, plus bar snacks served throughout the evening. On the cocktails front, Tom Soden will be creating a list that features some unusual twists on the Gin Fizz, the Old Fashioned and the Negroni.

Darling won’t serve food during the day but will instead be available to hire as a multi-purpose events space for pop-ups or co-working, as well as a photography studio.

Where is it? 41 Kingsland High Street London, E8 2JS