World's best bars pop up at The Bloomsbury Club Bar 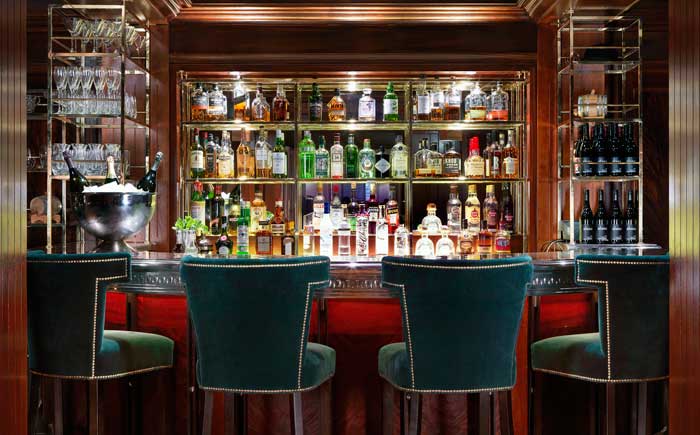 The Bloomsbury Club Bar is kicking off its new Club Residencies Project this November with a visit from world-famous The Clumsies. All the way from Athens, the first residency will be providing all manner of Greek tipples and treats. It holds some serious weight in the cocktail world, having landed itself a place in the top 10 cocktail bars in the world within a mere two years of its launch.

From 2 - 4 November, the Clumsies will be providing its range experimental tipples and treats to curious drinker, and decking out the BCB with some traditional Grecian art and decor. Along with the venue’s canopy of festive fairy lights and swanky interior, it might even help us feel a tad sunnier now the clocks have tragically gone back.

On offer, there’ll be concoctions like the #Clumsie Negroni with their own gin and vermouth, plus beeswax and pepper. The zingy El Draque comes with white rum, rhum agricole mojito and Clumsie’s green mint and apple ‘toothpaste’, while the Teardrop comes with masala-infused Grand Marnier and ‘yoghurt powder’, which we didn’t even know was a thing. Even the classic Jonnie Walker’s been given an experimental reboot, with pomegranate molasses, vanilla and cherry cola.

Also on offer will be:

Then, in early 2017, the BCB will welcome New York’s Black Tail (which you may remember from Hot Dinners’ recent trip across the pond.) They’ll be theming their residency around the American bars that popped up in Havana during Prohibition era. It comes from the team behind NYC’s famous The Dead Rabbit - which is currently the proud owner of Best Bar in the World status. What alcoholic delights they’ll be offering remain to be seen, but reviews seem highly promising to say the least.