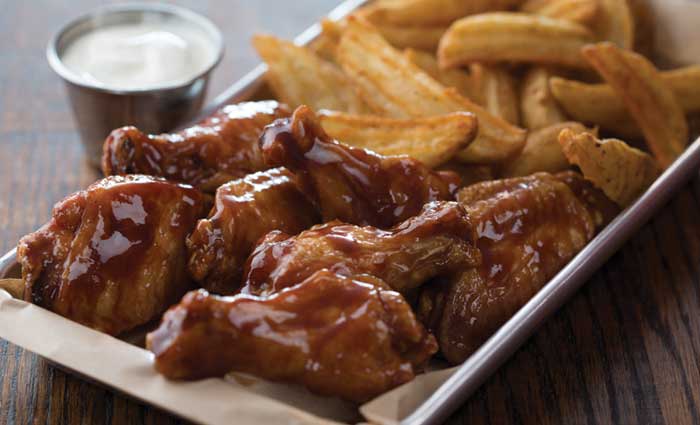 The bit around the back of Finsbury Park station is slowly becoming an interesting place to eat and drink. In addition to the pretty decent bar at the Park Theatre and popular new burger and burrito spot Street N4, residents and commuters will soon be welcoming Wing Zone.

As the name suggests, it's a fast food joint devoted to things chicken and the first UK restaurant for an American chain begun by two students at the University of Florida in their frat house. The main focus of the menu are the chicken wings which come in a variety of flavours. Apparently back in the States there are up to 18 flavours, but here in the UK they're starting out small with just nine - Honey Q, Thai Chilli, Sweet Samurai, Nuclear Habanero, Buffalo Bliss, Garlic Parm, Hot Shot, Liquid Gold, and Mango Fire.

Wings aren't the only things on the menu though - you'll also find burgers and fries and various sides - and they'll be doing both takeaway and delivery. Better still, they've got a drinks license so they'll also be serving up wine or beer on site.