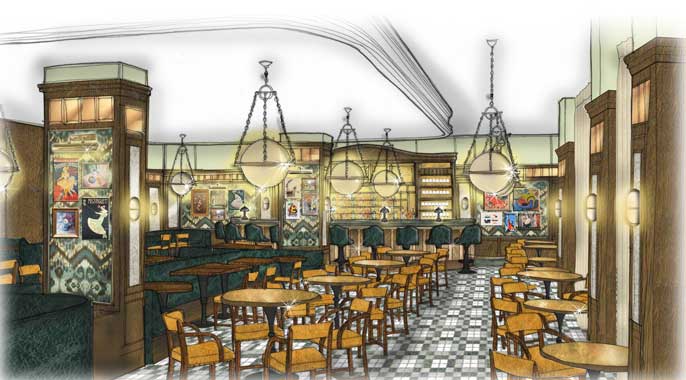 The expansion of the Ivy Group continues apace. Adding to this year's openings of the Ivy Cafe in Marylebone and The Ivy Chelsea Garden is the new The Ivy Kensington Brasserie. You'll find it where Pavilion’s Restaurant and Bar used to be, just across the road from High Street Kensington tube.

If you've been to any of the other openings, you'll find much the same here - there's an all day Modern British menu - think lobster and chips and brioche crumbed chicken Milanese with fried hen’s egg and black truffle.

Weekend brunches are made something of with a menu including avocado and spinach Benedict and buttermilk pancakes with bacon and maple syrup.

They always do some rather nice cocktails and the Ivy Kensington ones sound pretty good - we're tempted by The Ivy Kensington Royale made with raspberries macerated with hibiscus, Sipsmith sloe gin, orange bitters and lime and topped with Champagne