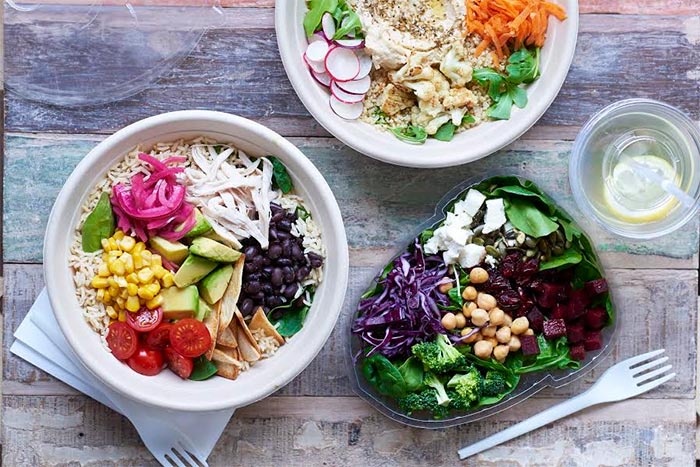 There's a new healthy food spot coming to London - it's called Squirrel. They're opening first in Kensington but you could see more of these around town before too long. And in this place you'll be eating in a tree house.

It's from Charlie Gilkes and Duncan Stirling, the people behind Bunga Bunga and Mr Fogg's - so this is a bit of a departure for them. For this, they're teaming up with their wives - marketeer Anneke Gilkes and nutritional therapist, Zoe Stirling.

As far as the food goes - they'll have four house salads, four hot grain bowls, two seasonal options that will be nutritionally balanced with some foraged elements plus soups and stews which will change weekly. All the ingredients will be on show, so if you want to swap any of them out, just ask. There's a green theme to the whole place as you'll be able to take everything away in "bespoke acorn vessels" but if you decide to eat-in, you'll actually be eating in a tree house overlooking the treetops. They'll also be starting with breakfast and for that. you can expect poached egg breakfast pots, avocado toast, porridge pots and organic yoghurts.

On the drinks list - don't expect any booze. Instead, there will be matcha lattes, hot tonics, fair-trade Allpress coffees as well as tumeric lattes and reishi hot chocolate. They'll also have homemade seasonal water infusions and iced teas will - all from the re-fillable "Drinking Well" - and cold pressed juices, kombucha and fresh coconuts.

It sounds like they've spared no expense with the design too - the main counter is carved from a fallen 21-foot long oak - as well as that tree house for dining-in. So expect something pretty unique looking.

Squirrel opens on 21 July at 11 Harrington Road, South Kensington, London SW7 3ES with a 50% off food soft launch Thursday 21- Sunday 24 July with 50% all food. It's walk-in only, no reservations. For more, follow them on Twitter @wearesquirrel.