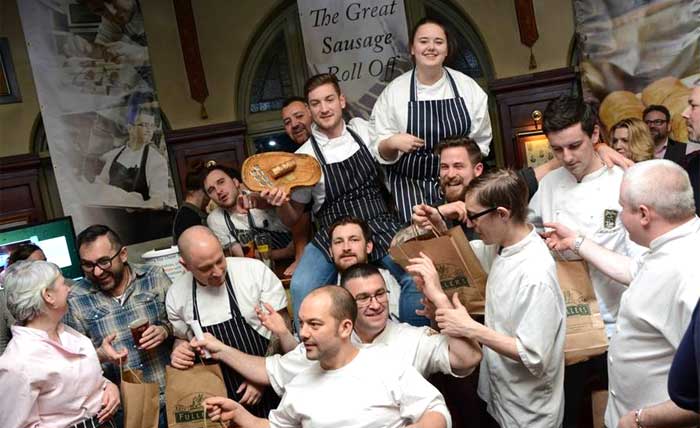 Following hard on the heels of the Scotch Egg Challenge comes another bar snack competition - this year's Great Sausage Roll Off. The annual event is now in its fourth year and take place at The Red Lion in Barnes.

Hot Dinners managed to inveigle them to give us the shortlist of those entering their finest rolls in this year's contest. Both 2015 and 2014's champions are back to defend/claim back their title, so it sounds like it'll be one hell of a contest.

The Great Sausage Roll Off takes place on Wednesday 27 January 2016 from 7pm at The Red Lion, 2 Castelnau, London SW13 9RU. Keep up with their news on Twitter @RedLionBarnes