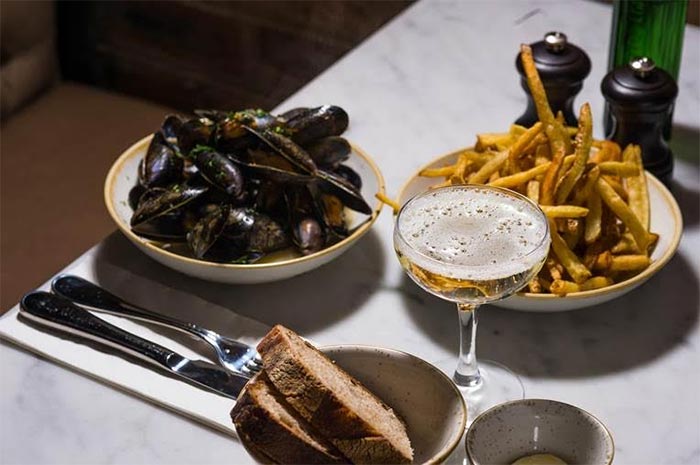 A new French bistro has come to Hoxton backed by people with pretty impressive bar experience. They're the ones behind bars Happiness Forgets and Original Sin, Alastair Burgess and Chris Smith. Called the Petit Pois Bistro (alas, not a restaurant dedicated to petit pois), it's aiming to bring the feel of a "cosy French bistro" to Hoxton.

The food will be by Chris Smith himself, who has had a career covering both Michelin starred restaurants and street food. Costing around £30 a head for three courses, there will be dishes like moules marinière, steak frites with béarnaise, and duck confit with onion purée and gratin dauphinoise. For dessert, chocolate mousse will be served tableside from a huge bowl.

It's an all-day bistro too - so there will be breakfast pastries alongside croque madame, scrambled eggs on toast with gravadlax, and eggs benedict.

As for drinks, wines are chosen by sommelier Chris Madden (previously at Social Eating House) who has also done the short cocktail list. It seats just 25 - and there's a small outdoor terrace too.