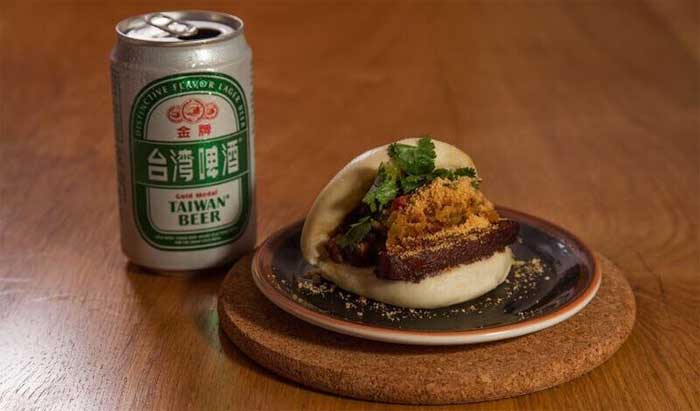 Bao buns: soft, pillowy, wrapped around everything from pork belly to ice cream - what's not to love? Now Peckham is getting a bao venue of its own, when Taiwanese restaurant Mr Bao opens this month on Rye Lane.

We've already seen some highlights from the menu, which sound very tempting indeed - their pork belly will be braised for 24 hours, then mixed with roasted peanuts and a home made hoisin sauce before being stuffed inside a steamed bun. Home made dumplings come with chive and prawns - while for dessert, Bao S'Mores with marshmallow and honeycomb ice cream sound like a fusion idea we could really get on board with.

There'll be a brunch menu on offer at weekends, featuring a bacon bao with maple syrup - along with some specialist aged teas flown in from Taiwan.

Founders Frank Yeung and Nick Birkett say they're working hard to plug into the community and support local Peckham businesses: the run-down shop they've transformed into their restaurant had lain empty and neglected for more than a year. As part of that commitment, they've sourced much of their produce from local suppliers, along with specialist ingredients from Taipei - and they've created a stylish venue which retains many of the building's original features.

"The entire east side of Rye Lane needs love", they say - "but we are going to breathe new life into that area - and you're going to see significant change."

Mr Bao opens in early December at 293 Rye Lane, London SE15 4UA. Keep up with their news on Twitter @mrbaouk