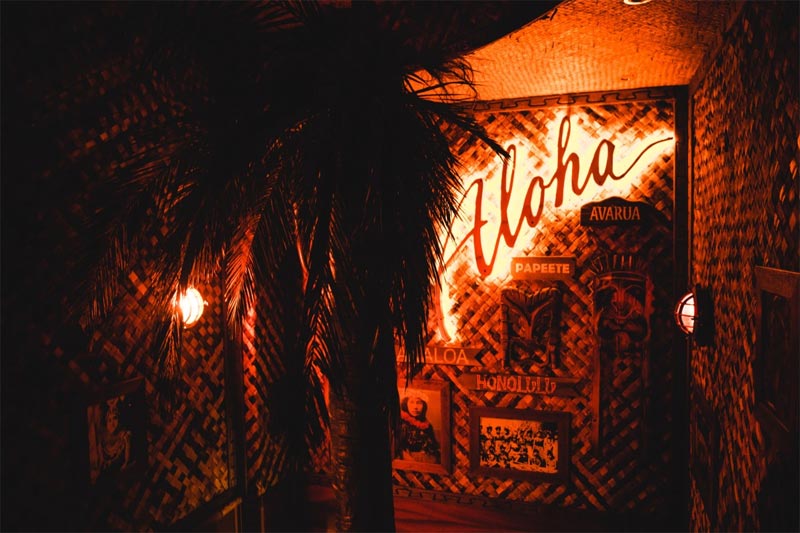 What: Pufferfish, in Mahiki Kensington

In a nutshell: Mahiki goes west and adds a new restaurant.

Summing it all up: Central London's legendary nightclub Mahiki is getting a sister venue in Kensington, with a Polynesian-themed restaurant inside called Pufferfish. But will its tableside-seared salmon, champagne-topped treasure chests and tropical cocktails reel in the celebs like its Mayfair branch?

Celeb-spotters and Royal family devotees, get your camera phones ready - there’s a new haunt coming to Kensington and it has all the makings of an A-lister hangout.

Pufferfish will serve up luxury pan-Asian cuisine, and will be housed within Mahiki Kensington. Yes, that's Mahiki as in the legendary nightlife hotspot that’s entertained the likes of both Rihanna, Lady Gaga, Jay Z, both Prince Harry and Wills, and *even* HRH Queen Beyoncé.

Inside, the theme will be ‘Polynesian Paradise’ (aka swanky tiki bar) so you can expect the all hand-carved ice sculptures, champagne and sushi you can afford.

The Kensington venue will be the second Mahiki in London (the original pictured above), who also have clubs in locations a bit further afield, like Dubai and Sardinia. The project is being headed up by the co-founders of Albert’s private member’s club; Jake Parkinson Smith, Fraser Carruthers, Carlo Carello, plus Piers Adam and David Phelps.

According to the Standard, some of the “exotic delicacies” that Pufferfish’s menu will feature include tuna tartare, or salmon with truffle oil and ponzu, seared tableside with a blowtorch for your convenience, naturally. There’ll also be tropical cocktails, a ‘Raw Bar’, and a bottomless brunch offer running throughout the weekends.

And while we can’t quite see Our Wills quaffing down all-you-can-drink mimosas, the ritzy location and the Mahiki name means there’s no reason a top celeb *wouldn’t* drop in… maybe?

More about Pufferfish at Mahiki.

Where is it? Mahiki Kensington, 2A Kensington High Street, London W8 4PT