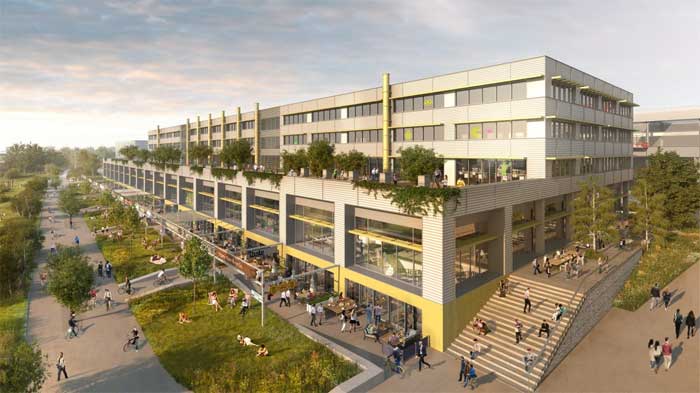 We've already covered the imminent opening of The Breakfast Club and Gotto (from the folk at Mele e Pere) as part of the continued ongoing development of the Olympic Park. Now we've found out more about the other bars and restaurants opening on the same site that housed the Press and Broadcast Centres during London 2012.

The development's called Here East and, in addition to the two places above, you can also look forward to two more opening their doors soon.

Randy’s Wing Bar has had a series of successful pop-ups and street food stalls. Now after three years of trading, they're ready to settle down in Hackney, serving up all manner of chicken wings and chicken burgers along with a selection of side dishes.

They'll be joined by Shane’s on Canalside, which is the second restaurant from the folk behind Shane's on Chatsworth. They describe themselves as a restaurant that showcases seasonal Britain and the diversity of ethical produce with freshness and quality leading the way. Field to plate essentially - so that means dishes like Melting Baron Bigod Suffolk brie with melba toast and Wild Berkshire deer steak served with beetroot puree, greens and baby potatoes.

Keep up with them both on Twitter @shanescanalside and @randyswingbar