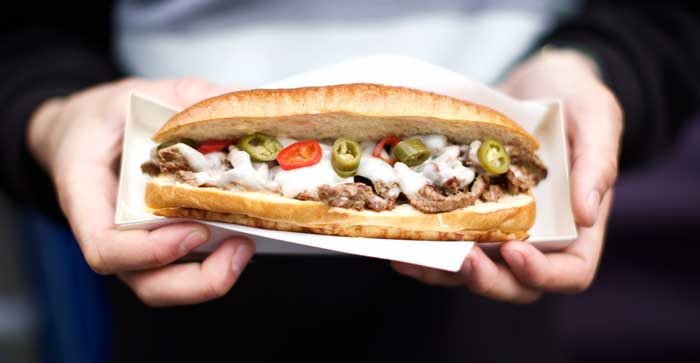 You may have come across Earl’s Serious Sandwiching at various festivals or markets over the past few years. But now the sarnie street food spot is moving to more permanent quarters in the City.

Situated, incredibly aptly on Crown Place, off Earl St (behind Liverpool Street) the new place is the brainchild of Joe Gray, who trained up with Jamie Oliver's Fifteen and got help from the Prince's Trust in putting his business together.

On the menu in his new city spot will be three sandwiches all made from free range meats and served in artisan buns.

And there'll be fries on the side made with crispy chicken salt.

Earl’s Serious Sandwiching opens 5 February 2015 at Crown Place, off Earl St, London EC2A 4ES. Opening hours will be 12-2.30pm. On the opening day every sandwich will be sold for £1 while stocks last. Keep up with their news on Twitter @earlsldn