Dotori in Finsbury Park is reopening 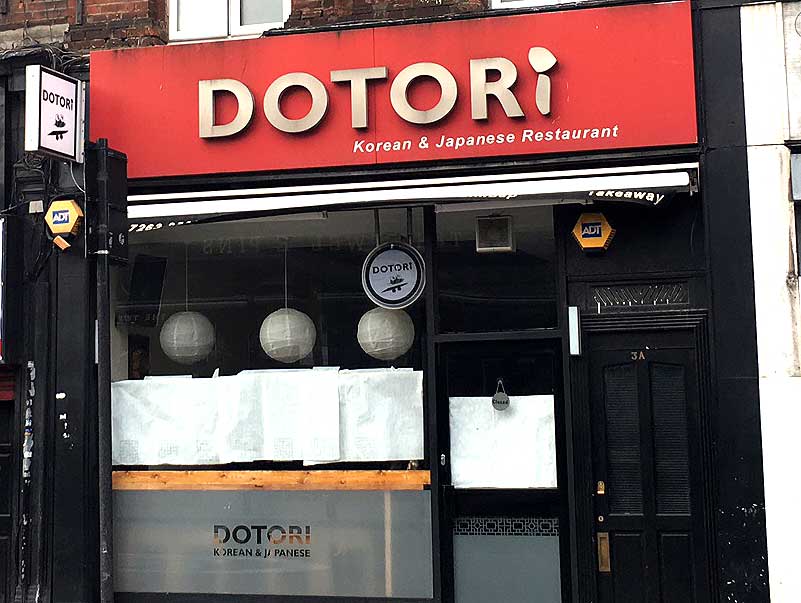 There are waves of excitement are rippling over north London this week following news that the Korean restaurant Dotori is about to reopen.

The beloved Finsbury Park restaurant, which was always notoriously busy throughout its eight year run, shut unexpectedly in summer last year. The closure was made even more mysterious by the fact it followed a lengthy period of refurbishment, including refitting the basement to accommodate more diners, which were never in short supply. Accompanying the note that announced closure was a line about “the realisation that rest was needed”.

Then, not long ago, an announcement went up on the restaurant's website announcing a reopening date, so the wait will soon be over. We popped by this morning though, and there's still not much sign of activity inside and they're not answering their phone, despite saying they'd be open for bookings this week.

Some of the reasonably priced dishes that diners will be glad to see again include Dotori’s sizzling dolsot bibimbap, a traditional Korean rice dish served in a piping hot stone bowl, flavoured with gochujang bean paste, as well as their pajeon seafood pancake, kimchi and marinaded beef bulgogi. Meanwhile from the Japanese menu - yes, there’s two - there’s no doubt all the usual delicious sushi will return, plus their giant tempura tiger prawns, gyozas, katsu curries and bento boxes.