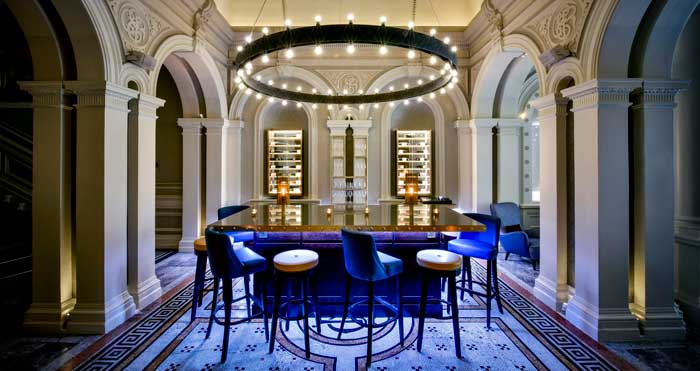 What better time than during London Wine Week to launch a hot new wine bar? You've got to hand it to the Andaz London Liverpool Street - their timing is impeccable.

This week the City hotel launches its 1901 Wine Lounge which focuses on a more adventurous selection of wine, with much available by the glass. The list will feature over 160 wines in total with 18 by the glass. Expect to see Spanish ‘Sacred Shores’ of Ribeira Sacra and Alto Adige in Northern Italy and plenty of Austrian wines including Grüner Veltliner and Rote Kuvee from the renowned Eisenberg vineyards.

The food doesn't sound half bad either. There'll be a menu of small plates and sharing platters including:

The 1901 Wine Lounge opens officially on 1 June 2016 at Andaz London Liverpool Street,40 Liverpool St, London EC2M 7QN but is currently open as a bespoke pop-up bar with Franciacorta for London Wine Week so is available for guests to visit now. Opening times are Monday: 8am – 10pm, Tues-Wed 8am – 11pm; Thur-Fri 8am – 12pm. Closed Sat-Sun. Keep up with their news on Twitter @AndazLondon