Absurd Bird chicken is coming to Spitalfields and Soho 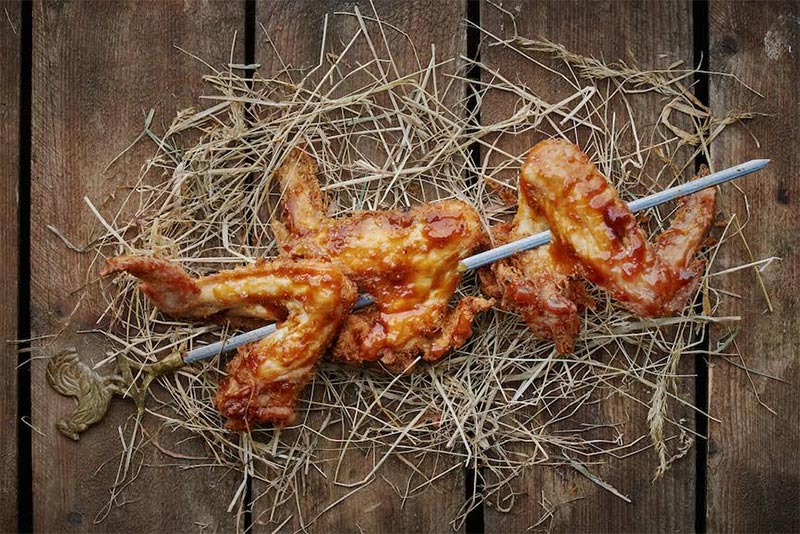 Seems like there's life in the market for more chicken ventures in London. We hear that a new company, Absurd Bird, is opening two new restaurants in London this year.

The company is kicking off its chicken-focused takeover by launching in Spitalfields and Soho in March. It's essentially chicken combined with American deep south cooking. And they've teamed up with Fosse Meadows Farm and bought every single one of their chickens whilst still in the egg - 14,000 of them. Fosse Meadows Farm birds are additive and hormone free, fed on maize and bred for half as long again as the average free range chicken.

On the menu, you'll find jalapeno cheese biscuits, Hurricane popcorn or orange honey coleslaw as well as chicken both deep fried on a waffle, as smoked wings and also in smoked spatchcock form. For drinks they've teamed up with mixologists Soul Shakers and are promising a whole lot of moonshine cocktails.

Absurd Bird is opening in March 2016 at 54 Commercial Street, London E1 6LT and in Soho at 24 Peter Street, London, W1F 0AG on 11 August. Keep up with their news on Twitter @absurdbirduk