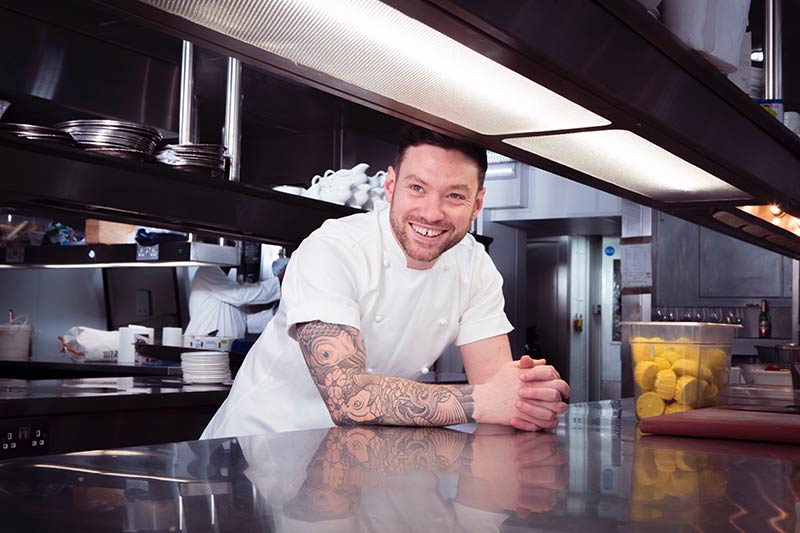 The last three months have been a bit of a whirlwind for chef Dan Doherty. In April he announced he was leaving the restaurant which catapulted him to fame - the open-all-hours Duck & Waffle. Last month his TV show Britain's Best Home Cook launched and news of the restaurant he's opening in New York broke. But that's not enough to keep Dan busy because he's also opening a pub in Marylebone, The Royal Oak, this week.

Hot Dinners managed to catch up with Dan to find out his plans for the London boozer (with business partner Andy Ward) and to see how in God's name he manages to fit all of this into a working day.

So what have you been up today?

Painting ceilings, cleaning, buffing tables. We're all getting stuck in.

But is that the kind of thing that feels good because you're getting your own place ready?

It's literally pleasurable - because it's your thing.

When did you first come up with the idea of the pub?

There's a lot of research and planning that's gone into this - more than people maybe think. Me and Andy formed the company in 2014. I used to work for him at Meantime Brewing when he was the Ops Manager and I was head chef at The Old Brewery in Greenwich. We always got on really well and respected each other's strengths and knew we wanted to do something together if the opportunity ever arose.

So what made you pick this one?

I think it's a brilliant location. We both fell in love with the building. It was also because of the layout. If you get a pub that's just one space then your food has to be both pubby and restauranty - this had two areas, there's another floor and while we don't know what we're going to do with that yet, it means downstairs can be a real pub, run with integrity.

And that doesn't just mean having great food, wines and beers but integrity in the way we run it as a business. We want suppliers to be paid on time - that all sounds like obvious stuff but we want to be a place that facilitates a good time.

And clearly you think there's a market

There are loads of people in that area that are looking for a decent boozer. We're going to spend time training the staff and get hospitality back to being the focus.

But you're not closing to give the place a full overhaul?

We have to wait 12-15 weeks for planning permission. We don't have deep pockets so we're going to survive as is. We're painting, cleaning and whatnot and we're going to open on Tuesday for drinks and the following Monday for food. We'll bumble through - I say bumble but it's going to be the best service and the best food we can do from that satellite kitchen. And then we'll close towards the end of September and do a big relaunch.

What kind of food are we talking?

Classic British - brilliant British produce. I want to put burrata on the menu, but it'll be British burrata. I'm going to do cured meats from Cannon & Cannon in Borough Market, and Secret Smokehouse salmon. But with that, we're fortunate enough to have inherited a plancha and we're going to do octopus on the plancha. I've got a little coal fire so we'll do beef with artichokes and a brown yuzu butter. I don't want to do small plates - that's been done now, so it'll be more of a starter and main plates kind of vibe.

The menu's going to change all the time because I'm a nightmare. I'll go in the kitchen and there'll be mussels we've been doing with fennel and I'll go "let's do clams on the coals and finish them with hot beef fat".

The brain is constantly working and finally I'm in an environment where I can let that happen. There's no having to go through this lengthy corporate process to change menus.

That must be freeing...

It's liberating like you wouldn't believe. The stuff that I was good at, I wasn't doing. I'm better at cooking than I am doing spreadsheets or corporate stuff. My talent is in the kitchen, so why would I not do that? So many kitchens are set up in the way that the most experienced people do the least cooking, they're always at the front on the pass. The most experienced should be doing the cooking and then handing that over to other people. 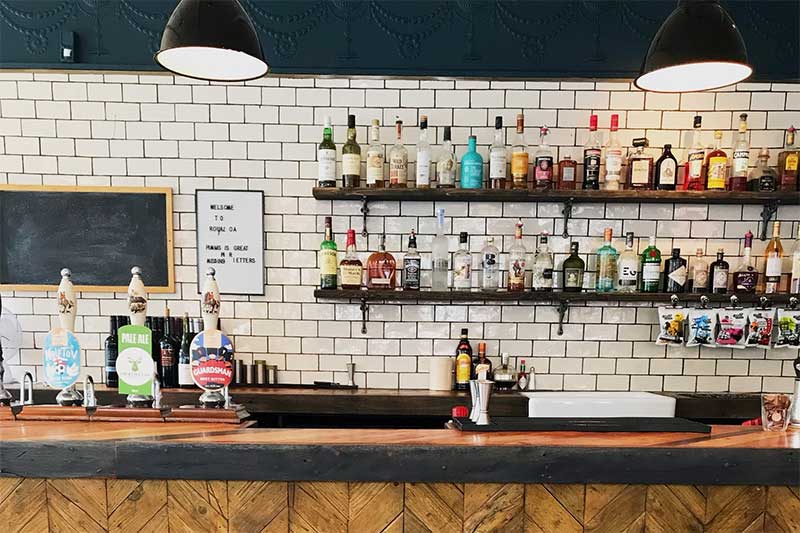 This is a pub, so let's talk about what the drink offering is going to be, starting with the beer.

It's not completely British, there'll be lots from the continent. We're hoping to use our contacts to import direct from the producers to save money and we'll then pass on that value to the customer. I look at it as like creating a cheeseboard - we have brilliant British cheeses, but the French know how to make cheese, as do the Italians so we want to draw on that and have a really dynamic mix.

We've built a wine list with Bibendum - we're not doing massive mark-ups, hopefully we can serve some great wines at a great price whether that's a glass of Prosecco, English sparkling wine or premium Champagne.

The menu's going to be tiny to start with, but down the line there'll obviously be killer scotch eggs, sausage rolls, stuffed deep-fried olives. We'll do oysters, and maybe puffed beef tendons with Marmite seasoning - familiar things but with a twist in there. We want to create a great pub, but at the same time put our own mark on it. Whilst we're humble, we're also ambitious, and we want to make sure it's successful and well received.

You've got a textbook portfolio career - how do you fit it all in?

For now, I've got a little baby, the pub's happening and New York. Today I was developing menus for New York, went to the pub and helped out with the cleaning and then got a nice surprise when my wife and baby popped in for a visit.

More about The Royal Oak